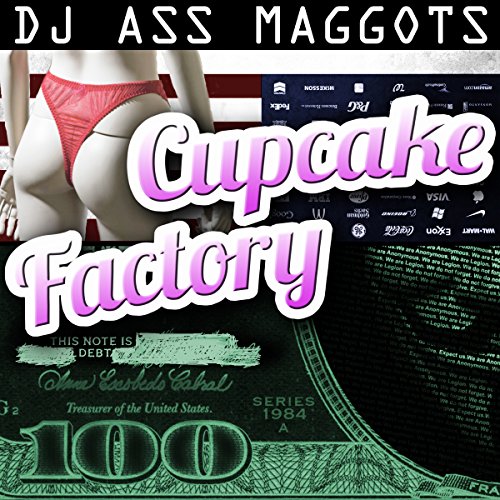 Following in the fire trails of his first two raucous assortments of sex, drugs, and rock 'n' roll stories, author DJ Ass Maggots spins a third literary record off the presses, this one affectionately titled Cupcake Factory. It delivers a playlist of semiautobiographical stories organized into five major parties, and the beat never stops.

DJ Maggots bookends the collection with actual conversations absconded from his secret Facebook group, "The Council." The interactions are wildly erratic, adult themed, and hard to follow - which is largely the point.

Party number two, "Occupy Wall Street", tells how DJ Maggots wrote the story while protesting the banking bailout. It reveals a previously unseen side of his personality, as he pauses to provide genuine political commentary. Another addition unique to this book arrives in the form of guest contributions from a few of Maggots' cohorts.

Everything else is there waiting to be discovered, from Hollywood debauchery to the Burning Man desert festival, with its electronic euphoria and spiritual reflection. So have a seat, and let the DJ spin you a few yarns that will inform, offend, delight, and leave you breathlessly hoping for more.