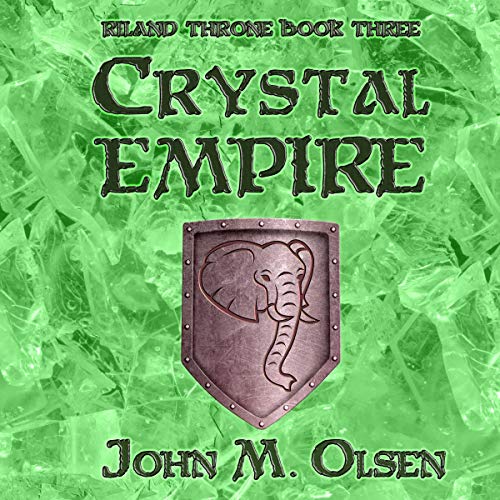 King Gavin Stoutheart and his council face war like the world hasn’t seen in ages. The enemy kings will soon lay waste to the countryside, and it is up to Gavin to fight with the tools given to him to avoid destruction.

While gathering his forces for war, Gavin must also work through unexpected ambassadors, secrets among his closest allies, and hidden clues from the past within the Riland Capital to avoid repeating the mistakes of those who preceded him.

While an abundance of crystals helps Gavin’s army to control more war animals and to speed training, nothing ever goes as planned while defending against the remaining four Crystal Kings. The enemy has surprises of their own as they seek to overwhelm and crush Gavin and his allies.

What listeners say about Crystal Empire