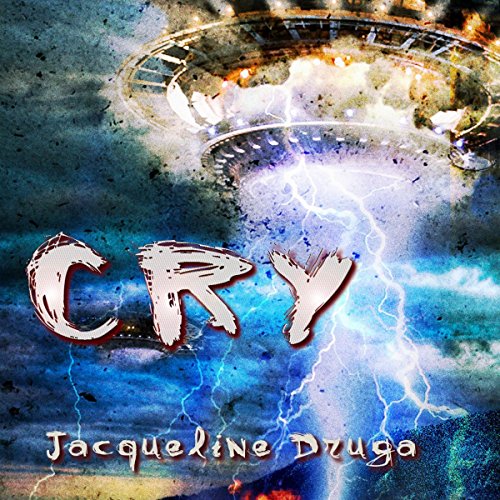 By: Jacqueline Druga
Narrated by: Gene Joseph Blake
Try for $0.00

Following a mysterious storm, the world is thrown into chaos. Communications are disabled along with computer networking.

Nightly, the skies illuminate and with each sequential storm more and more people disappear.

No one knows what is causing the events and as the governments break down, the population dwindles to a mere fraction. Communities are left to fend for themselves. Mankind faces an extinction level event.

Grant and Rita Mason have lived in the same town for over three decades. Their town has become one of the few remaining pockets of civilization. They live not because they refuse to go down without a fight, but because they, unlike many others have discovered the secret to surviving.

But as the secret to the events unravel, those who remain of the human race are left to wonder: Do they really want to survive?

What listeners say about Cry

Good story, not so good a narrator

I enjoy this kind of fiction and this book by Druga doesn't disappoint. However, I disliked how the male narrator did all the voices in such a way that most of the characters sounded like old men or women, with very little distinction among them, so sometimes I wasn't sure who was talking. With many characters to follow this detail is very important since the story can get confusing after a while.

By the ending the whole storyline made no sense at all. Crazy! Sorry I wasted my time.

What made the experience of listening to Cry the most enjoyable?

Listening to Cry was both interesting and unsettling because the narrator sounded like an elderly New Yorker. He did, in fact, sound exactly like I thought the characters might have sounded.

What I found most interesting about Cry was the characters, two elderly couples and their friends and families, none of whom were admirable. In fact, I did not like any of the characters, and even found myself hoping some of them would die. Yet, I could not stop listening. I was transfixed.

My favorite incident from Cry was the scene in the basement. The characters feared that any sound might attract the murderous aliens. Drunken Rita vociferously opposes the inclusion of a mother and baby into the basement hideout. Finally, Rita's husband runs upstairs with the baby just as the aliens arrive.

I intensely disliked the characters. They were repulsive, especially the females, which is very different from most of Druga's other novels.

The author, Jacqueline Druga, turned the apocalyptic genre on its head. In most apocalyptic fiction, the greatest danger is often posed by humans. In Cry, the community members generally cooperate with and assist one another. The ending is totally unexpected and worthy of the old television show, The Twilight Zone.

I enjoy a storyline that isn't regurgitated from another book; so this was different and worth the listen. However, I hated the performance. Listening to his real voice wasn't too bad, maybe a 3. But all other characters were as if they were 100 years old. Honestly, if the story wasn't so interesting I would have stopped listening.