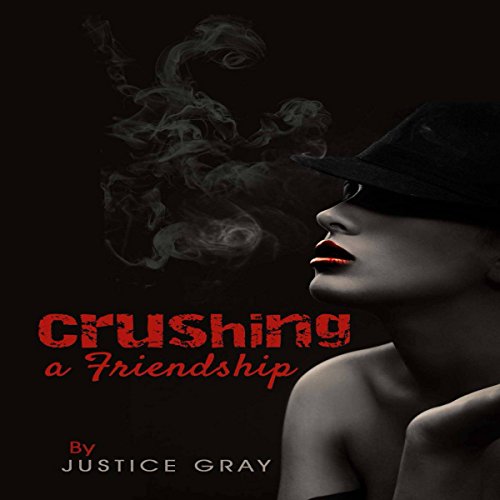 By: Justice Gray
Narrated by: Rina Adachi
Try for $0.00

Maggie and Alicia are friends, meeting on a job where Alicia was a temporary worker. They remained friends after Alicia's two-month temporary job was over. Alicia went on to start her own business as a public relations specialist, freelance writer, and photographer, specializing in the travel industry. Being in the industry, Alicia got a number of subsidized trips and would ask Maggie to go along as her assistant.

Later, when Maggie became unemployed, she volunteered to help Alicia in exchange for the travel. Both women became very concerned about their health - and their looks - so they would oftentimes talk about eating healthier. When Alicia gave Maggie a book on healthy eating that she truly thought she would enjoy, Maggie turned on Alicia and never wanted to see or speak to her again. Although Alicia tried asking her what happened, Maggie was adamant on having no contact with Alicia, except for the one time she sent her a letter asking her for money owed to her for accompanying her on her trip and assisting her with office work, although that was never the agreement, and which Alicia ignored.

While Maggie and Alicia travelled, Maggie was married and Alicia was not, but Maggie would still flirt and would get jealous when some guy would hit on Alicia that Maggie had her eye on. On one trip, she wouldn't speak to Alicia for the remainder of the trip even though they shared the same suite. Maggie on numerous occasions made Alicia swear she would never tell Maggie's husband of any of her infidelities.

Upon further investigation, Alicia discovered that about the time Maggie was asking her for money, that her husband was unemployed, and they were having marital problems.

What listeners say about Crushing a Friendship