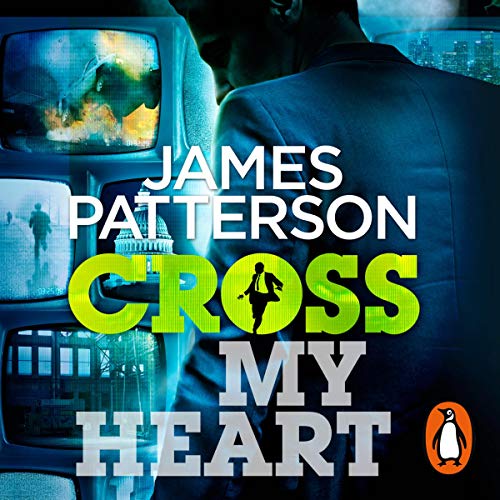 By: James Patterson
Narrated by: Michael Boatman,Tom Wopat
Try for $0.00

Alex Cross’s whole world is crashing down around him. He has been hunted, stalked like prey, his predator priming himself for the kill. Cross has devoted his life to protecting others. Now he’s unable to protect even those closest to him. As a police detective, he has made many enemies, but never like this. Everything he loves is being taken from him. Soon he will have nothing and no one left.

What listeners say about Cross My Heart

Don't buy this until part two comes out Soooooooooooo Frustrating. Great story but doesn't have an ending.

Do not buy this book until part 2 is published

What disappointed you about Cross My Heart?

I love James Patterson books, but at no point does Audible, the publisher or Patterson warn you that this is only the first part of the story. Unless you want to spend 10 hours of your life, as I did, listening to a story that doesn't finish, do not buy this book at least until its sequel is published.

It's a good story, with good characterisation (the criminal is particularly intriguing), written in the rather banal Patterson style, but for the beach or a long journey it's good company. I just wish it had finished!

Which character – as performed by Michael Boatman and Tom Wopat – was your favourite?

Brilliant book but very difficult to listen to as it keeps skipping. Such a shame. Sort it out audible!

What disappointed you about Cross My Heart?

Would you ever listen to anything by James Patterson again?

Only as part some kind of academic study.

What didn’t you like about Michael Boatman and Tom Wopat ’s performance?

What character would you cut from Cross My Heart?

The 'nemesis' Thierry Mulch. The least believable character I've ever come across, Mulch is supposed to be the disguise of the criminal mastermind Marcus Sunday. This criminal mastermind sends notes to Alex Cross for no apparent reason other than to give him a gigantic clue and help James Patterson move the story forward. He then comes to give a talk at Cross' sons' school, again for no plausible reason at all. On top of this he appears to dress as some kind of Colonel Sanders-esque clown, again for no reason whatsoever.

Random inconsistent sound effects and 'dramatic' music have been added to the audiobook, like a radio play for children.

Not good could not finish this book very boring

Has Cross My Heart put you off other books in this genre?

Would you recommend Cross My Heart to your friends? Why or why not?

Less overindulgent actingVoices not convincing as to type of character

Did not in,addition, like the commercialised ending designed it seemed smelt to get you to buy next book. I won't be

If you could sum up Cross My Heart in three words, what would they be?

One of the very best Cross books since Kiss the Girls-a riveting, excellent read

The unbelievable and shocking events at the end! Just glad I read it now and only have to wait a few months for the next book!!

The end shocker.......also the part when Sampson pretended he didn't know anything was up-despite the fact Alex was secretly handing him evidence! Brilliant

Such a clever storyline......I suspect the next book will reveal that all is ok-how good would it be if the events turned out to be true-as Alex first thought.....and as a consequence he turned against the law and became a vigil anti that was being chased by the police?!

very captivating. did not get bored.good narrative

great story. I did not lose interest at any point. great narrator. recommended if you like James Patterson