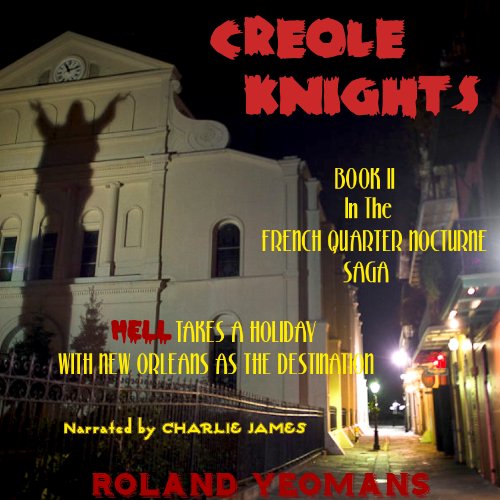 By: Roland Yeomans
Narrated by: Charlie James
Try for $0.00

If you are desperate enough, terrified enough, there is a jazz club in the French Quarter of New Orleans where you might find help. Might. You might also find Rind, the Angelus of Death, already waiting for you. Meilori's is that kind of club. Its owner, Samuel McCord, is that kind of man. The man with the blood of Death in his veins, who finds some small measure of peace in easing the pains of others, though he cannot ease his own.

After Katrina, all of New Orleans stands in need of help. Even the Angelus of Death, Rind, whose presence is a heavy, anguished weight upon Sam's adopted city, needs help. But Sam is just the shadow of the man he was before his wife left him seven years ago. But having a supernatural jazz club has its perks. He arranges for a pay per view internet concert of both the dead and the living giants of jazz to help pour money into a fund to repair all of New Orleans.

McCord's friends, both undead and living, help him arrange the "live" concert. But the club also has its downside: For the dead musicians to be able to appear in his club, the undead, usually not the most amiable of creatures, can also pay a visit. And visit they do, along with DayStar, an old enemy who entered this plane of existence from beyond what we think of as Time. But alongside DayStar in this strange club on the outskirts of known reality, McCord discovers that there is a worse fate than being killed by DayStar's plan. It is surviving it.

What listeners say about Creole Knights