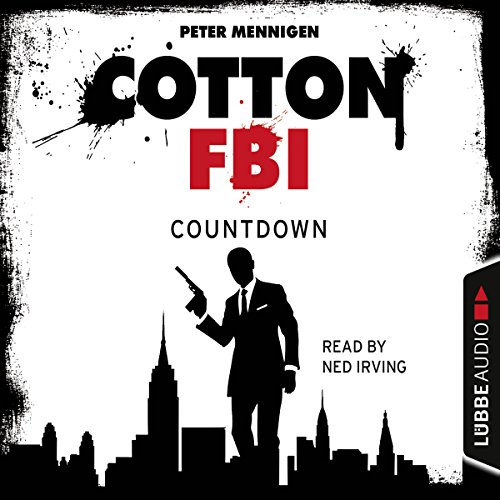 By: Peter Mennigen
Narrated by: Ned Irving
Try for $0.00

12:04 AM, New York. An American Airlines flight making its approach to landing. The descent is stopped and the aircraft begins to circle over Manhattan as if it were guided by an invisible hand. - 1:00 AM, G-Team HQ. Agents Jeremiah Cotton and Philippa Decker learn that terrorists have hacked the onboard systems and taken control of the airplane. They are demanding the release of Seif al-Bakkay, a high-level terrorist. The agents have only six hours remaining to find the perpetrators before the aircraft over Manhattan runs out of fuel.

A new legend is born! COTTON FBI is a remake of a world famous cult series with more than one billion copies sold and appears bi-weekly with a self-contained story in each audio book episode.
©2015 Bastei Lübbe (P)2015 Lübbe Audio
Crime Thrillers
Show more Show less

What listeners say about Countdown

I will start by saying that the narrator was outstanding! However, the intelligence of the listeners and characters was constantly brought into question by the author's overuse of excessive thought processes and detailed explanatory language.

Disappoited with this story as the first book was so good. No real crime investigation took place.