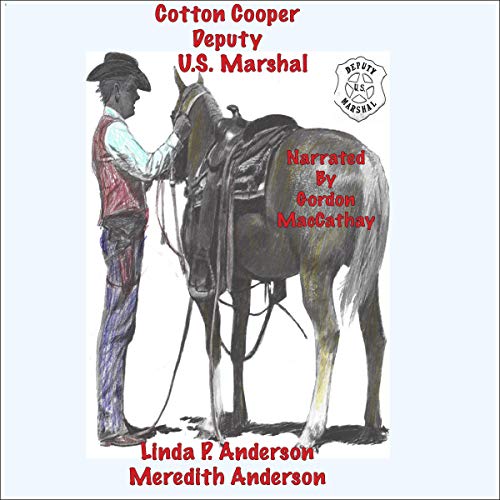 When Cotton Cooper was an infant, his mother had him resting on a goose down pillow under an oak tree. The tree was struck by lightning. As a result, his hair is white (the color of cotton).

He is a young man now, but his reflexes are ultra fast and he hears and sees sharper than the average person.

He traveled west to visit his brother, Paul, who was a Captain in the cavalry at the time. While visiting, his brother received orders to take a company of men and escort 600 Pawnee Indians in their move south to the town of Pawnee in Indian Territory.

Cotton accompanied his brother on the Pawnee Trail. Judge Chambers in Kansas City appointed Cotton a deputy US Marshal and his brother has been promoted to the rank of Major and transferred.

One adventure leads to another in this exciting story that moves Cotton from tenderfoot deputy U.S. marshal to the man who’s called when bad men are on the prowl.

What listeners say about Cotton Cooper, Deputy US Marshal