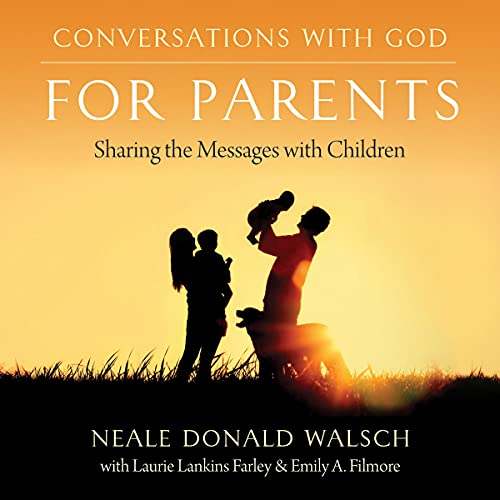 Conversations with God for Parents

From the very first months after the first Conversations with God book was published in May 1995, the demand began to appear for tools that would assist parents in teaching the marvelous concepts of this extraordinary dialogue to children. Readers wanted a way that they could share with their offspring what CwG had shared with them.

“If only I had been introduced to these ways of seeing God and myself when I was 8 or 9, my whole life would have been different,” were the words Neale Donald Walsch heard in letter after letter, email after email, conversation after conversation.

This book is an outgrowth of the School of New Spirituality program. In it, Walsch has joined with Laurie Farley and Emily Filmore, the directors of the school, to put into one place all of the spiritual concepts of a home schooling curriculum. This book makes available for parents not only the tools for teaching CwG’s concepts, but a narrative summary of the concepts themselves, because this special articulation for parents would form the backbone of their home schooling efforts, and help them to use the other tools created by the school with maximum effectiveness.

Each chapter in this book is presented in two parts: 1) a narrative for parents that includes background information and interpretative commentary on the spiritual concepts being explored; and 2) tools with which parents may effectively share these concepts with their children. Together they form a powerful teaching guide for the spiritual teachers of the 21st century.

Neale Donald Walsch is the author of nine books in the Conversations with God series, which have sold over ten million copies in 37 languages. He is one of the major authors in the new spirituality movement, having written 29 other books, with eight books on the New York Times best seller’s list. His life and work have helped to create and sustain a worldwide spiritual renaissance, and he travels globally to bring the uplifting message of the CwG books to people everywhere. Author residence: Ashland, OR.

What listeners say about Conversations with God for Parents