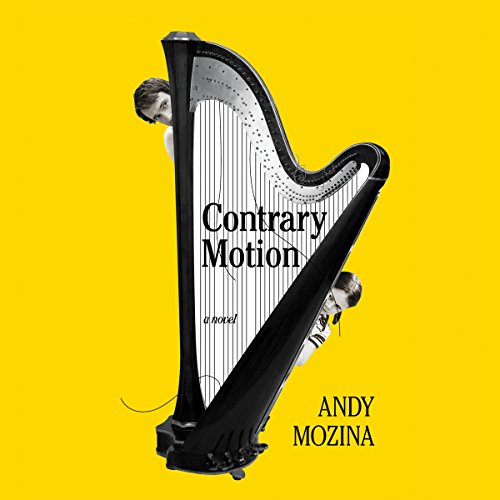 A Novel
By: Andy Mozina
Narrated by: Scott Merriman
Length: 8 hrs and 41 mins
Categories: Fiction, Humor
4 out of 5 stars 4.0 (4 ratings)

Matthew Grzbc is just your average newly divorced dad. He shares custody of his six-year-old daughter. He may still be in love with his ex-wife. He believes he probably doesn't deserve his sexy, successful, driven girlfriend. And he plays the harp - that's his job.

When his father dies unexpectedly (he has a heart attack while listening to a meditation CD), Matt is forced to confront his own mortality and the fleeting nature of life - he questions everything, from his romantic attachments to his professional aspirations.

When he earns an audition for the principle harp chair in a first-rate orchestra - just the kind of life-changing development he could use right now - he is poised to seize the opportunity...but then his ex-wife gets engaged, his girlfriend grows distant, his daughter seems to be having the six-year-old version of an emotional breakdown, he learns things about his father's life that make him question everything he thought he knew about the man, and then...even his harp starts to betray him.