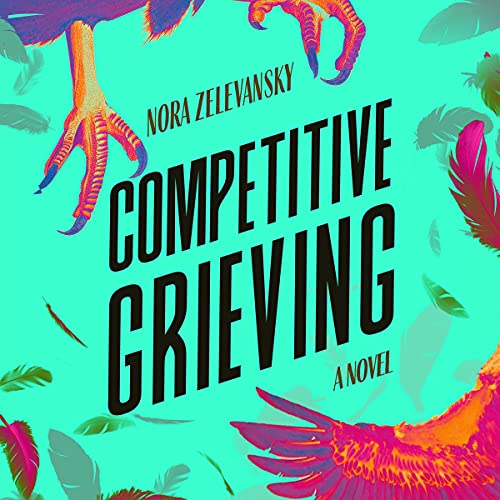 By: Nora Zelevansky
Narrated by: Katie Schorr
Try for $0.00

Wren’s closest friend, her anchor since childhood, is dead. Stewart Beasley. Gone. She can’t quite believe it, and she definitely can’t bring herself to google what causes an aneurysm. Instead of weeping or facing reality, Wren has been dreaming up the perfect funeral plans, memorial buffets, and processional songs for everyone from the corner bodega owner to her parents (none of whom show signs of imminent demise).

Stewart was a rising TV star, who - for reasons Wren struggles to understand - often surrounded himself with sycophants, amusing in his life, but intolerable in his death. When his icy mother assigns Wren the task of disseminating his possessions alongside George (Stewart’s maddening, but oddly charming, lawyer), she finds herself at the epicenter of a world in which she wants no part, where everyone is competing to own a piece of Stewart’s memory (sometimes literally).

Remembering the boy Stewart was and investigating the man he became, Wren finds herself wondering, did she even know this person who she once considered an extension of herself? Can you ever actually know anyone? How well does she really know herself?

Through laughter and tears, Nora Zelevansky’s Competitive Grieving shines a light on the universal struggle to grieve amidst the noise, to love with a broken heart, and to truly know someone who is gone forever.

What listeners say about Competitive Grieving

I completely enjoyed this story. It is an honest look at how we process our grief. I had to continuously remind myself "this is not real, it's just a story" because I was feeling so anxious. I was also on the verge of tears. The story has plenty of light moments for balance. I feel I have learned a valuable tool to help in the grieving process.
I feel like it would be a great book club book. So many great topics for real conversations.

a story of laughter and pain.

What an experience to listen to great story telling and crafty writing. I highly recommend this book.

You will feel guilty bit it's a great story

I don't know if it was the excellent narration that brought me deep into the story or the descriptive writing about each character. I felt like I could point them all out in a crowd. one of those books you would be disappointed in who they'd cast. I had to admit, there is a bit if a guilty feeLing when you get to the end.

I truly didn't want this story to end but I do enjoy how it ended. I think Katie Schorr was a great narrator for this book. Filled with love, sadness, searching for meaning, and some comical high notes, if you want all the feels, this book is for you.

This book is both funny and poignant; a very realistic approach to grief and death and all the people that confuse the chaos.

Bana"very sad story, but worth the time "

Very sad and maybe hard to hear, for some people. Almost stopped it a couple of times. Gave me food for thought about how we interact with each differently though our lives.

Competitive Grieving should enter the vernacular because it is a real thing. But Nora Zelevansky does a great job of rendering it into something I feel like I lived through. Her eye for details and ear for real dialogue is uncanny, and her story is important. It reminds me a little bit of Salinger in his disdain for the pretenses and posturings of others, and in the context of bereavement it takes on a singular poignancy. While the story flows with the ease of a beach read, it covers some heavy grounds, and has some sophisticated subtexts which make you wonder who is the most competitive griever of all? Full of self-deprecating wit, told from the first person, yet with well drawn characters that jump of the page, this is a strange guilty pleasure that leaves you thinking about where you stand on the trappings of grief vis a vis the ceremonies we've arrived at as a culture. Are they what they should be? Is grief ultimately a personal and private matter? Is there solace in sharing grief? And what happens to a person's legacy once they're no longer there to defend it. Definitely a worthwhile read or listen - performed with dead on balls accuracy by Katie Schorr - her narration transcends mere narration as she becomes the first person. It's a great performance. Looking forward to Mrs.Zelevansky's next novel!

The world needed this book!

I truly loved Nora’s story of the fallout and aftermath of the passing of someone important in your life. It’s not talked about enough, and the telling of her story through Wren’s eyes was poignant, raw and beautiful.

I’m still processing the experience, because that is how this book felt: like an experience. There is such a fantastic balance of poignancy and humor in this book that a story that could have turned dark for my empathic heart left me feeling surprisingly light. And that we could get a bit of romance thrown in too was just icing on the cake! Oh how their back and forth had me smiling. I’m glad I had to take breaks with this one so I could stretch the story out a bit longer. Truly enjoyed it!

Initially, I wasn't sure I could make it through this story. The audio production was good, but in a large portion of the book, the reader is in the protagonist's head as she processed her friend's sudden death. Her attitude kind of wore on me as she negatively dissected every person around her. Yet, at the same time, this was Wren's narrative and mindset while she grieved and tried to understand her loss and who her best friend was to other people in his life. As the story progressed, I found myself drawn in and by the end of the book, I was happy with Wren's character arc. There was a significant shift in her outlook and view of others. Overall, this was a bittersweet story laced with light humor and romance.