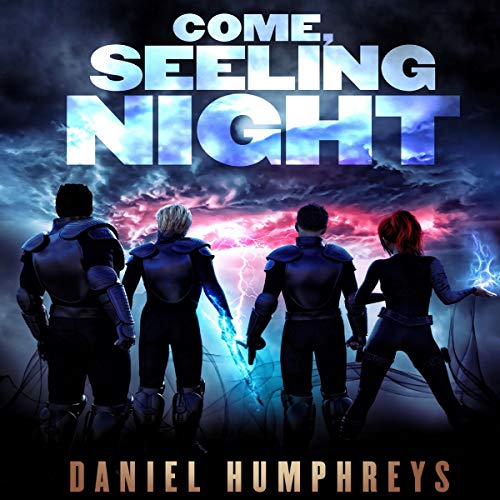 By: Daniel Humphreys
Narrated by: J. Scott Bennett
Try for $0.00

Paxton Locke’s been in some pretty tight spaces before. This one might be the worst. Drugged and shipped to who-knows-where on an airplane, he’s locked up by men who seem to be Feds. But they haven’t given him his phone call, and Pax isn’t sure if his cell mates are even human.

This is one cell he can’t get out of, but he’s got to find a way to escape. Mother has her girlfriend, and she wants a redo of the night she killed Paxton’s father. But this time, she won’t be interrupted. Paxton’s got to find Cassie, and he’s got to stop his mother.

Apocalyptic visions from his mother’s grimoire have haunted him for years. Now, she’s close to making it happen. And all Paxton can do is wait in his cell for someone to realize he’s not the bad guy.

Can Paxton escape his magical prison and stop his mother? Or will he be too late and lose Cassie just like he lost his dad?

The third installment of the Paxton Locke series delves deeper into the meaning of love and forgiveness, while providing plenty of action, magic, and Humphreys’ signature subtle horror.

Will Paxton's mother bring about a world on fire or a dead Earth? Can Paxton defeat her?

Find out by listening to Come, Seeling Night today!

This is a very well written tale that includes an extremely talented narrator. Very enjoyable.

I enjoyed this new series by Daniel Humphreys very, very much. The plot and storyline was fantastic. Excellently performed by J Scott Bennett who brought the characters to life. I like the main character, Paxton Locke with his wit and courage to try and stop his mother from destroying Earth whilst also helping people in need of his help. A very likeable hero. A good plot with interesting side characters. I hope book 4 will be published soon and the audio version will be continued to be narrated by Scott Bennett.

“Never underestimate a witch with a burr in her saddle”

Probably my favourite of the 3 books so far. Really great story with magic, action and mystery.
Really hoping there’s more to come from this duo of writer and narrator.
Scott does a great job of narrating and each character is easily distinguishable.
This is my honest opinion of a free review copy.