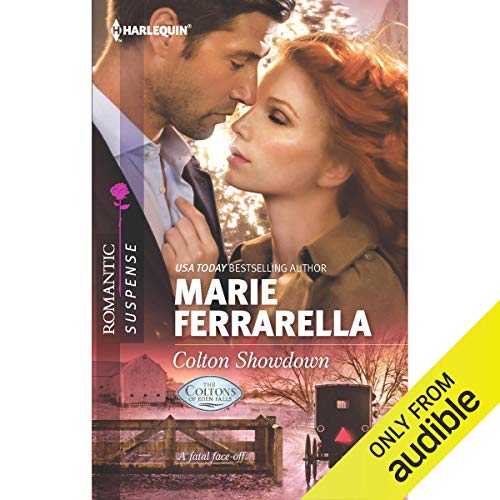 By: Marie Ferrarella
Narrated by: Lauren Fortgang
Free with a 30-day trial

"You're safe from those monsters now."

It's supposed to be the final confrontation. Philly detective Tate Colton will go undercover to bust the sex trafficking ring targeting young Amish women. He doesn't count on his sting operation falling apart - or being forced to escape with the breathtaking key witness he's sworn to protect.

Hiding in New York City with a handsome detective? Amish seamstress Hannah Troyer's more than a little out of her element. The big city - and men like Tate - are part of a world that's nothing like what she's used to. As danger inches closer, he's her only route to safety…and a forbidden attraction she dares to indulge in.

What listeners say about Colton Showdown