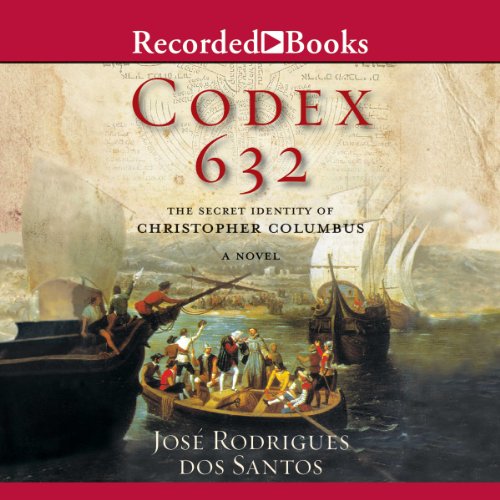 Tomás Noronha - professor of History of the New University of Lisbon and expert in crypto-analysis and in ancient languages - has been hired by a prestigious American foundation to complete the investigation of an old historian who recently passed away. Among the findings is an enigmatic message that seems to be the key of those studies and that, according to the late historian, can change the course of known history.

Thus Tomás is entered into a mystery that grows progressively complicated. It will lead him through various countries and continents as he follows a trail that leads to a shocking secret about the discovery of America - the true identity of Christopher Columbus.

Based on real historic documents, Codex 632 is a riveting quest to uncover the identity of Christopher Columbus. From his very name, to his country of origin, his language, his upbringing, and even his religious beliefs - the true identity of "the man who discovered America" remains a mystery to this day.

A dull version of the Da Vinci COde

Codex 632 is not awful, but you really need to have a keen interest in linguistics to get through all the dry passages.