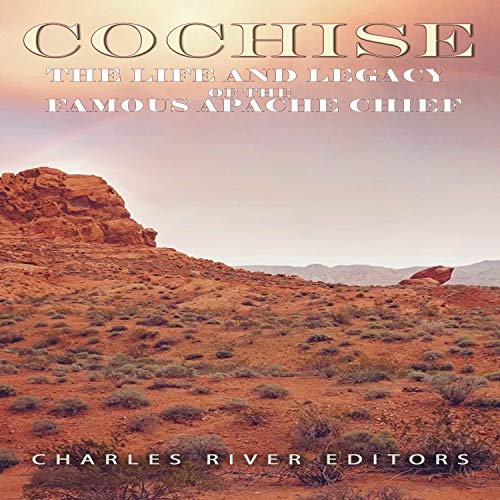 From the “Trail of Tears” to Wounded Knee and Little Bighorn, the narrative of American history is incomplete without the inclusion of the Native Americans that lived on the continent before European settlers arrived in the 16th and 17th centuries. Since the first contact between natives and settlers, tribes like the Sioux, Cherokee, and Navajo have both fascinated and perplexed outsiders with their history, language, and culture.

Among all the Native American tribes, the Spanish, Mexicans, and Americans learned the hard way that the warriors of the Apache were perhaps the fiercest in North America. Based in the Southwest, the Apache fought all three in Mexico and the American Southwest, engaging in seasonal raids for so many centuries that the Apache struck fear into the hearts of all their neighbors.

On January 14, 1871, Anson Safford, the third governor of Arizona Territory, addressed the sixth legislative assembly. It was the first of the two terms Safford would serve and the first time in two years the legislators had assembled. The members were anxious to learn if the “Lil Governor'' would give them a standard state-of-the territory message or something more in the nature of his leadership. Small in stature, the 5’6 Safford had a politically balanced reputation as a no-nonsense spokesman for better education and a hard-riding volunteer in pursuit of lawlessness. On that day, Safford told the legislators they were faced with a “peculiar” year. The discovery of gold and silver had resulted in substantial population growth and a vast expanse of the unclaimed territory was a lure to farmers and ranchers, particularly those who had lost all in the recently concluded Civil War. Aside from that, the governor said, “there is an issue of paramount importance” that has perplexed legislators since territorial acquisition eight years ago. Safford told them, “The issue has been and is now the hostility of the Apache Indians. The principal leader of them is the one named Cochise.”

The wholesale attacks against both civilian and military targets by Cochise and his warriors were interrupting the peaceful progress toward eventual statehood. There were other hostile bands of Indians and murderous gangs of Mexican outlaws running rampant through the territory, but Cochise was noted for wholesale attacks on civilian settlements and the thinly distributed military. His acts of torture and murder were well known throughout Arizona Territory, and his ambush of wagon trains and stagecoaches and theft of horses and razing of entire villages put his name at the forefront of lawlessness.

An article in the Arizona press dated Oct. 22, 1869, summed up the majority opinion of Arizona’s citizens by describing Apache as “low set, ugly powerful beings of a dark copper color covered with tiny black hair and so unstable of character that between a couple hours they will slip away from the military camp and carry off all the horses.” At the same time, Cochise’s name became mythical in its telling. His exploits and escapes were described as everywhere when least expected and nowhere when pursued. There are no known photos, and the scarcity of reliable quotes are excused by the erroneous belief of the day that any man close enough to talk to him never lived to tell about it.

The name Cochise became so widely known throughout Arizona Territory that it became indiscriminately linked with all depredations both large and small.

What listeners say about Cochise