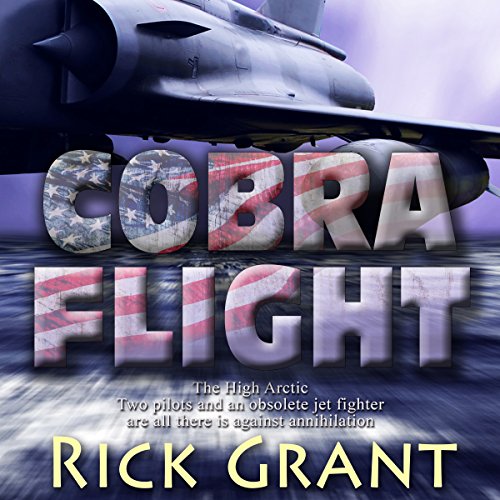 Jack Standish, former fighter pilot and now just a freelance bush pilot on the ragged edges of aviation, flies a strange team of scientists to a remote island near Greenland.

Discovering that an old pilot friend is a hostage, under threat of death to fly an obsolete but still lethal supersonic fighter, Standish rescues Phillip and tries to escape across the Arctic Ocean in a wild flight for freedom.

It all goes wrong. The two end up at the center of an elaborate plot to destabilize both the United States and Russia at the risk of thermonuclear war.

Ripping at supersonic speeds over the High Arctic, Jack and Phillip fight to outwit the ruthless woman at the heart of the threat.

What listeners say about Cobra Flight