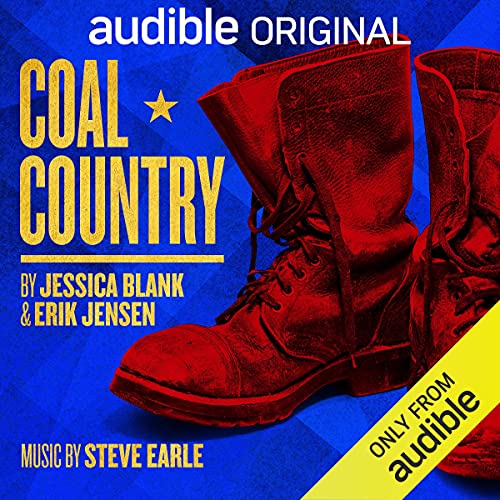 Portions of this audiobook contain mature language and themes. Listener discretion is advised.

In 2010, the Upper Big Branch mine explosion in West Virginia killed 29 men and tore a hole in the lives of countless others. Now you can hear the first-person accounts from survivors and family members. In this riveting, emotionally stunning new work, Jessica Blank and Erik Jensen, award-winning writers of The Exonerated, and three-time Grammy Award-winning country/folk legend Steve Earle dig deep into the repercussions of the most deadly mining disaster in recent US history.

Jessica Blank and Erik Jensen are a multihyphenate writing team who The New Yorker calls "among the foremost practitioners of documentary theater in the U.S." Together, they are authors of The Exonerated, a play based on interviews they conducted with over 40 death row exonerees (Lortel, Outer Critics Circle, Drama Desk, Ovation, Fringe First, Herald Angel Awards). The Exonerated has been translated into Spanish, French, Italian, Farsi, Mandarin, and Japanese and adapted by Jessica and Erik into an award-winning TV movie. Living Justice, Jessica and Erik's book on the making of The Exonerated, was published by Simon and Schuster. Their documentary play Aftermath, based on interviews with Iraqi civilian refugees in Jordan, ran Off Broadway at NYTW, was a New York Times Critics’ Pick, toured internationally for two years and was nominated for two Drama League Awards. Their play* How to be a Rock Critic* (based on the writings of Lester Bangs) was produced at the Kirk Douglas, South Coast Rep, ArtsEmerson, Steppenwolf, and the Public Theater, with Erik starring and Jessica directing. Their most recent documentary play, The Line, based on interviews with NYC medical first responders, was created in the first months of the COVID-19 pandemic, immediately after Coal Country’s Public Theater run was interrupted. The Line’s digital run, directed by Jessica, was produced by the Public and seen by nearly 100,000 people in 55 countries. Jessica and Erik also write for television and film; their first feature Almost Home, based on Jessica’s novel of the same name (Hyperion, 2007), was released by Vertical Entertainment in 2019 and their second feature, How to be a Rock Critic (based on their play), is currently in development. Both also act regularly in film and television. They live in Brooklyn with their daughter.

Steve Earle is one of the most acclaimed singer-songwriters of his generation. A protégé of legendary songwriters Townes Van Zandt and Guy Clark, he quickly became a master storyteller in his own right, with his songs being recorded by Johnny Cash, Waylon Jennings, Joan Baez, Emmylou Harris, The Pretenders, and countless others. In 1986, his record Guitar Town was released and shot to number one on the country charts. It’s now regarded as a classic of the Americana genre. Subsequent releases, like The Revolution Starts...Now (2004), Washington Square Serenade (2007), and TOWNES (2009), received consecutive Grammy Awards. Restlessly creative across artistic disciplines, Earle has published both a novel (I’ll Never Get Out of This World Alive) and a collection of short stories (Doghouse Roses); produced albums for other artists, such as Joan Baez and Lucinda Williams, and acted in films, television (including David Simon’s acclaimed The Wire), and on the stage. He currently hosts a radio show for Sirius XM. In 2009, Earle appeared in the off-Broadway play Samara, for which he also wrote a score that The New York Times described as "exquisitely subliminal." Earle wrote music for and appeared in Coal Country, a riveting public theater play that dives into the most-deadly mining disaster in US history, for which he was nominated for a Drama Desk Award. His 2020 album Ghosts of West Virginia was named as one of "The 50 Best Albums of 2020 So Far" by Rolling Stone. Earle was recently (November 2020) inducted into the Nashville Songwriters Hall of Fame, and released his 21st studio album, J.T., in 2021 as a tribute to his late son, Justin Townes Earle. 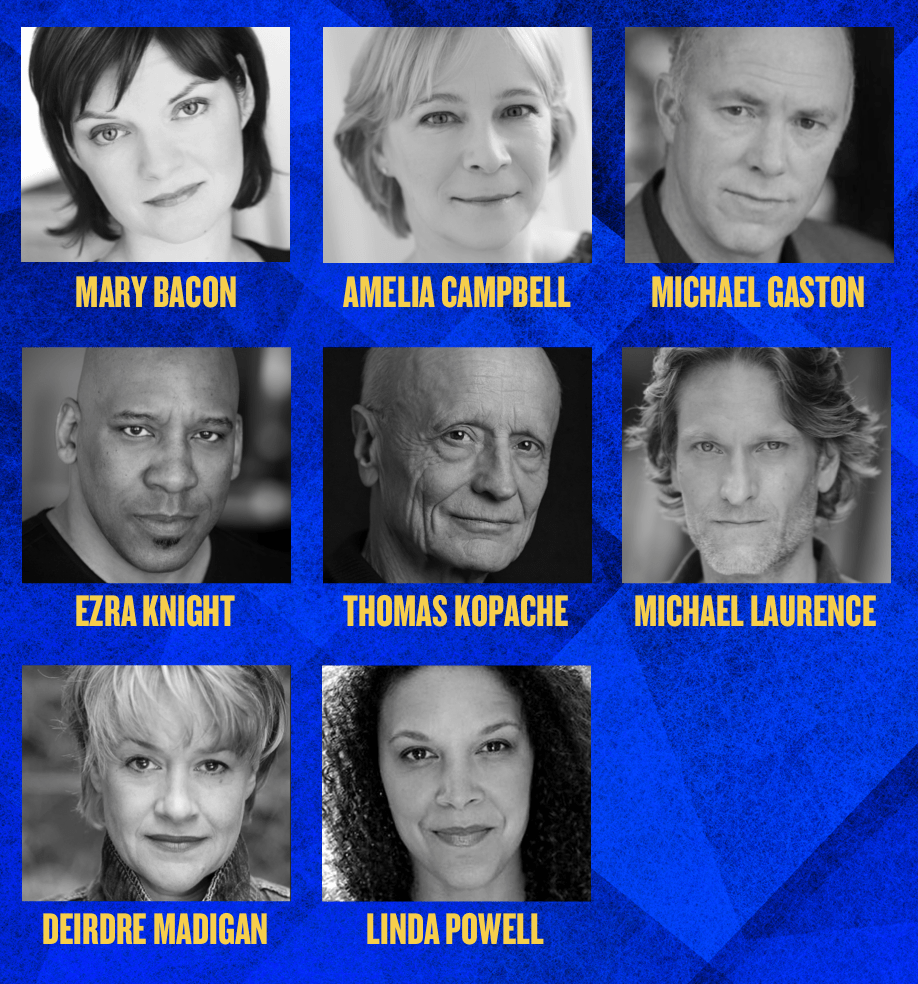 We’re raising the bar on audio entertainment with these original listens produced in the Audible studios.
+More
ON STAGE

Be there when electrifying performers and storytellers take the stage in limited-run and one-night-only productions.
THEATER

What listeners say about Coal Country

Poorly written, unrealistic. Perpetuating the belief that West Virginia’s are ignorant. Do not recommend this book.

I lived part of this, along with my husband, Goose. These are really our words. Our experiences. Our heartache. Our lives.
Jessica, Erik, and Steve truly brought it to you, the audience. Michael Gaston and Amelia Campbell did an outstanding job of bringing us to life with dignity and respect.
When we and the families portrayed in this piece, saw the play, it was like living it again. It was amazing to watch the other family members' stories and to bond with them over our shared trauma. Truthfully, it was painful to be pulled back into our past. It was awesome to know perfect strangers in New York were grieving with us and just as horrified as we were with Blankenship and his disregard of human lives - all for a buck.
We spoke of our pain because 29 good men can not tell their stories. We bore our souls so you will know of their lives, of our lives, and with the hope that no one else has to go through something this.

I work for the Mine Safety and Health Administration (MSHA). Aftet listening to this book at home, I played it, 5 minutes day, to my five-person team at our daily meetings. We all felt that it made us understand the human impact of mine hazards a hundred times as effectively as reading about them. We couldn't believe these were actors.

I saw Steve Earle & The Dukes in concert last summer in his 2021 Ghosts of West Virginia Tour. Steve talked about the story behind Coal Country. He and The Dukes performed some of the music. So, I’ve been anxiously awaiting the release of Coal Country on Audible. I was not disappointed! The tragedy, the disregard for human life, and the denial of justice really plays out in this Audible performance. It’s compelling. It’s disturbing for anyone possessing a conscience. The music is perfection, woven through the storyline staying true to the coal miners and their families. The script is succinct, and thought provoking. The actors are spot-on with their performances. I will definitely listen to this again!

a simple sad theme transports you from reader to a several act play. the voices and brilliant . it's the best Audible can be.

Blank offers us a concise and often painful look at a devastating coalmining disaster. The short book is filled with personal accounts of individuals involved in the crisis while using music to try and add a flavor of the culture of the miners. She succeeds in highlighting the very human elements and consequences of this disaster. Coalmining continues to be a dangerous occupation made more so when corporate leaders put profits over safety.

This book could easily become a play. The varied narrators and the use of song held my attention from start to finish. I learned more about coal mining than I had picked up throughout the rest of my life. I have much greater appreciation of the hardships and danger of this industry.

This will make you cry while being super angry.

This was a super emotional listen. You will get so angry about what happened while you cry as you think about what was lost.

This is one of the best books I have read in awhile. It portrayed people in southern West Virginia beautifully and showed the incredible spirit they have. A tragedy that never should happened. I highly recommend you read this book with an open understanding.

Heart-breaking Truth of a Mining Disaster

I'm not ashamed to say I paused at the doctor's telling of her brother and I sobbed. Listening here within sight of Aberfan and Senghenydd, I cried for her, for him and all before and since. Thank you, Goose, for your courage in testimony.