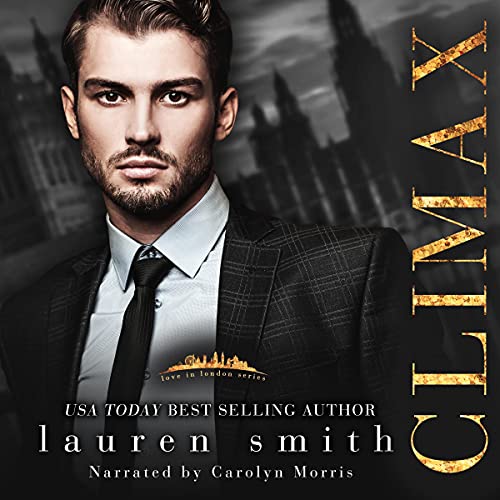 By: Lauren Smith
Narrated by: Carolyn Morris
Try for $0.00

One kiss with a stranger on a snowy night sent her life spinning out of control....

Kat Roberts’ logical plan of college, then career has hit a brick wall. A tall, dark, gorgeous Union Jack of a brick wall.

The future earl of Pembroke, Tristan Kingsley, is what happened.

Kat stupidly let herself fall for him despite knowing his father would rather dance naked around Big Ben than accept Kat as his son’s girlfriend. Not to mention Tristan’s womanizing past has her own father voting a big, fat "no way" on their relationship, too, and leaves Kat reeling in the consequences of loving her handsome-as-sin Brit.

Tristan Kingsley isn’t going to let Kat go without a fight. It doesn’t matter that his father wants him to marry an English aristocrat to provide a political and social opportunity. But Tristan won’t be blackmailed by his father. He wants Kat in his life, in his bed, in his heart, so he’s going to fight for the love of his life using the very tabloids that once marked him as a womanizer.

Except, his brilliant plan has a dangerous backlash, one nobody saw coming. One that could steal their happy ever after away...

What listeners say about Climax