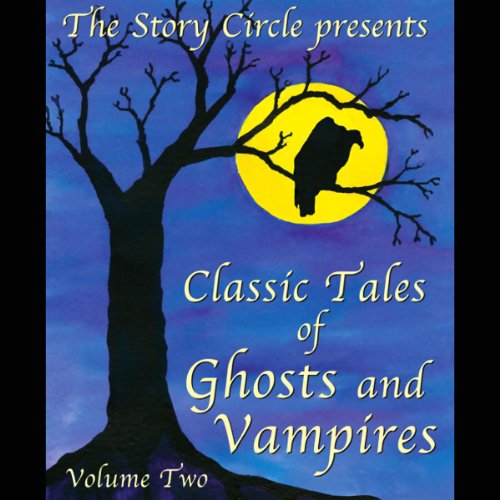 Classic Tales of Ghosts and Vampires

What listeners say about Classic Tales of Ghosts and Vampires

The fact Cathy Dobson is gleefully inattendant more than offsets the unfortunate selection of all-too-common stories. The readers deliver well the stories, but I find that, out of some two dozen, only half a dozen are not completely stories I've heard many, many times, many of which I never liked. Still, a fair offering.

Not as Good as Volume 1

I have had Volume 1 of this collection for some time and enjoy listening to it each Halloween. I was very much looking forward to adding this book to my October listening tradition, however, I'm not sure that I will keep it in my Halloween book rotation. I have to admit that I am a little disappointed in the production value of Volume 2. In Volume 1 each story was separated by an appropriately spooky and brief musical interlude which allowed an opportunity to reflect on the previous story and prepare for the mystery and suspense of the upcoming piece. Unfortunately, the stories in Volume 2 jump awkwardly from one into the other without even a momentary pause. This is very disconcerting and detracts from the listening enjoyment. If you're trying to decide between the two volumes, spend your money or credits on Volume 1.

A good listen for the month of October it really get's you fired up for October 31st. Nothing exactly phenomenal about it but I don't recall any particular let downs either.