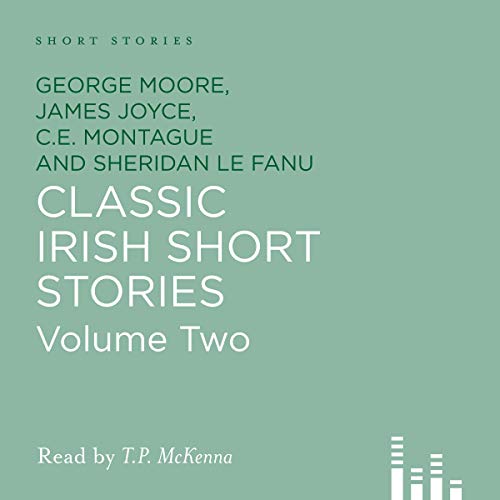 By: various
Narrated by: T.P. McKenna

The short stories of Irish writers appeal to audiences far beyond the shores of Eire. In this second rich selection, we bring you the comic genius of Le Fanu in "The Ghost and the Bonesetter"; a slice of Dublin life from the refreshingly original pen of James Joyce; a tale of love and honour from Ireland's hungry times in "The Stolen Sheep"; George Moore's evocative masterpiece about a countryman returning home to Ireland from a slum in "The Bowery"; and C.E. Montague's cynical revelations about the dubious methods of English newspapermen covering an Irish funeral.

These stories, in turn atmospheric, spookily funny, full of intriguing characters, picturesque, and touching, are steeped in the Irish delight in story-telling and cover an intriguing century of Irish city and country life.

With his wonderfully rich voice and expertise at story-telling, narrator T.P. McKenna, the well-known Irish actor, brings an authentic flavour to this audiobook.