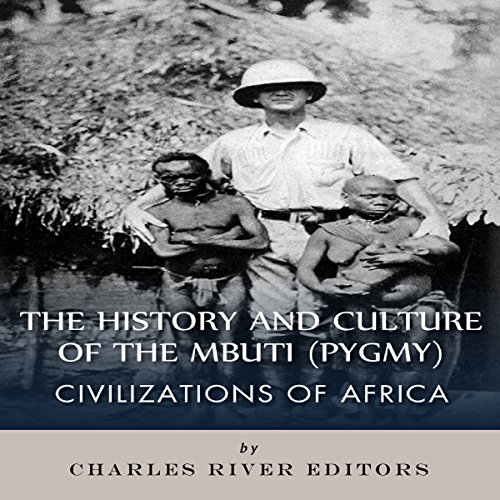 Civilizations of Africa: The History and Culture of the Mbuti (Pygmy)

"[T]heir eyes had an untameable wildness about them that struck me as very remarkable." (French-American explorer Paul du Chaillu, 1867)

The indigenous Africans known as pygmies have interested outsiders for thousands of years. In the 2200s BC, the Egyptian pharaoh Pepi II referred to one as a "dancing dwarf of the god from the land of spirits", and the Ancient Greeks were also familiar with them. Homer makes mention of pygmies in The Iliad, and Herodotus recounted the experiences of a Persian explorer who encountered "dwarfish people, who used clothing made from the palm tree", on the western coast of Africa. In fact the term pygmy comes from the Greek word for "dwarfish".

Not surprisingly, foreigners' interest in pygmies has never waned. When medieval Europeans first traveled to Africa and parts of Asia, many of them were stunned when they encountered people who were considerably smaller than the average height. Perhaps the most famous account comes from the legendary Marco Polo, who was so confused about the people known as pygmies that he refused to believe they were actually human. In his famous account, Marco Polo wrote about seeing some of them in Indonesia, "I may tell you moreover that when people bring home pygmies which they allege to come from India, 'tis all a lie and a cheat...for nowhere in India nor anywhere else in the world were there ever men seen so small as these pretended pygmies." Marco Polo believed that the pygmies were actually monkeys that people manipulated and shaved to resemble smaller people.

Today, of course, anthropologists know a lot more about the pygmies, a collective of indigenous groups in Africa who are still defined by the fact that they have an average height of less than five feet tall.

What listeners say about Civilizations of Africa: The History and Culture of the Mbuti (Pygmy)