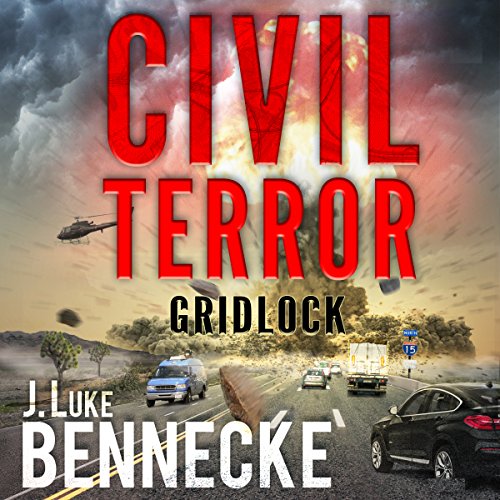 The autonomous vehicle revolution has arrived. So have the terrorists.

Meet Jake Bendel, a civil engineer in the state of California. Tired of slogging through the infamous LA traffic to get to and from work, he and a team of experts have designed a roadway system for self-driving cars - negating thousands of traffic-related deaths each year and reducing commute times to minutes instead of hours. The elation stops when a Syrian terrorist group weaponizes the system and devises a scheme to kill off thousands of Americans in one day. A brilliant psychopath and the leader of the cell, Viktor, hears the voices of both his deceased mother and his god, who influence his every move.

While he and his brothers ruthlessly annihilate Americans, all in the name of Allah, Viktor plants evidence and sways the public into convicting Jake of these horrendous crimes against humanity. One rogue FBI agent believes Jake is innocent. The two discover a mole buried deep inside the FBI and go off the grid to stop Viktor from attacking thousands of innocent drivers in what promises to be the mother of all terror. Can they stop him in time?

A gripping tale from the first page to the last, Civil Terror: Gridlock will pull you to the edge of your seat as your blood pressure skyrockets and you are a taken along a journey that twists and turns its way to the finish line.