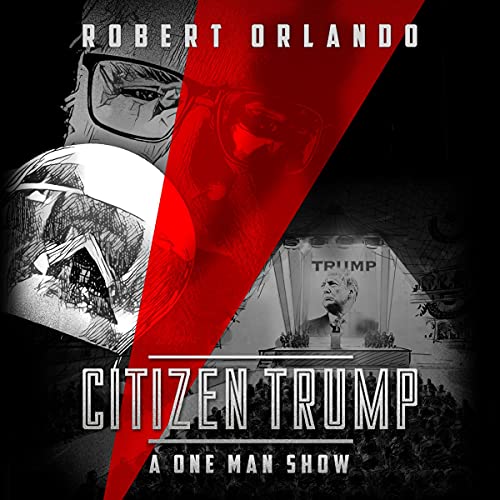 By: Robert Orlando
Narrated by: Charles Constant
Try for $0.00

Writer/director Robert Orlando, locked down during the Covid-19 pandemic, learned Citizen Kane was Trump's favorite film, and the parallels were astonishing. Both Kane and Trump are swaggering masters of media, and both claim to stand for the working man. "Orson Welles, the boy genius of Kane, was possessing me from the grave," states Orlando.

In Orlando's acclaimed documentary Citizen Trump, we witness Trump, like Kane, trying to escape unglamorous beginnings. A decades-long effort to rise as aspiring Hollywood mogul, real estate player, darling of gossip columnists, casino owner, dabbler in politics, and reality TV star. Each new stage was a rehearsal for his role as president. In this follow-up to the film, Orlando takes an even deeper dive into the nature of Trump's background as an entertainer - and how it led to the miraculous upset of Clinton and his rise as president.

Truth be told, Kane was crushed by scandal; Trump was not. He triumphed above front-page divorces, bankruptcies, unprecedented media attacks, and political chaos. Did his failed attempt at reelection end his star power? Citizen Trump gives us our looking glass.

What listeners say about Citizen Trump