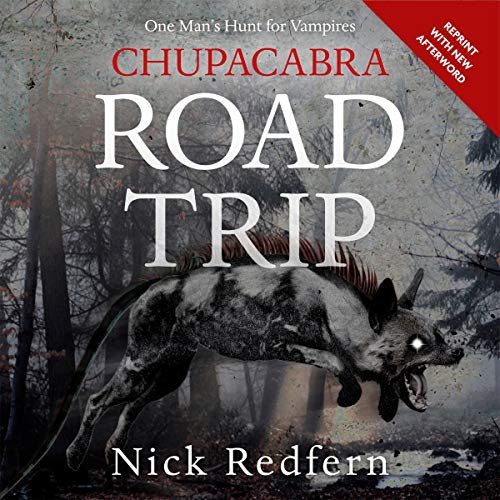 Beware of the deadly chupacabra! Between 2004 and 2015, Nick Redfern spent months in Puerto Rico in search of the legendary chupacabra - alleged to be a bloodsucking, vampire-like beast with blazing red eyes and bat-like wings.

While pursuing the lethal predator, Nick explored the depths of Puerto Rico’s vast El Yunque rain forest and its extensive caves. He interviewed farmers, police officers, veterinarians, and military personnel - all of whom shared with Nick their astounding accounts of confrontations with the monsters.

Highlights of Chupacabra Road Trip include:

“Gonzo-style investigator and author Nick Redfern again plunges into the mysterious thickets that shroud the world’s unknown animals, this time surfacing with an eye-opening look at the much feared, blood-sucking thing known as the Chupacabra. It’s a breathless road trip no adventurous spirit will want to miss.” (Linda Godfrey, author of American Monsters)