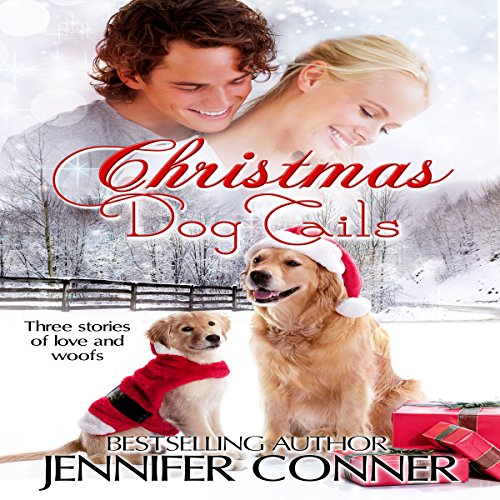 "Christmas at Central Bark": When Tennyson's boyfriend left her for her best friend from high school, all Tennyson received in the breakup was her dog. She's sworn off men and now is rebuilding her life. The only thing Par does is work. He barely has time to do anything he wants for himself other than take his dog to the dog park. When Par and Tennyson find an abandoned dog at the park named Duke, will they find room in their hearts to take him in? And can this Christmas season weave some special magic for the two of them?

"Christmas Gift That Keeps Wagging": Julian Barrows has his hands full working full time and being a single dad to his kindergarten, special-needs son, Gabe. Gabe's teacher convinces Julian he doesn't need to do everything on his own and introduces him to a seizure dog trainer, Hanna Acker. Hanna and her sister grew up without any "Christmas Cheer". She's trying to get her sister through college and doesn't have time to let anyone too close, especially the handsome single dad with a kid. But, Christmas has a way of changing what we thought we wanted...especially when Santa and an adorable four-legged "elf" are involved.

"Dog Tags for Christmas": Willa Rayne's spent her life doing what's expected of her. Now she has a great job and a house of her own, but where's the romance in her life? All of that changes when she bakes cookies for a soldier. Eben Yates has an important decision to make. Should he stay in the Army? He's been on three deployments and he misses the States. When he finds a stray in a nearby village and discovers he can bring Hero back, the dog and Willa give him reasons to start a new life and come home. Eben and Willa's Internet relationship deepens; will they find the family they both want for Christmas...plus a barking bonus?

What could Jennifer Conner have done to make this a more enjoyable book for you?

Make it about the dog and not drooling over some guy.

Wanted a good Christmas dog story for young teens...definite oops on my part.

Would you try another book from Jennifer Conner and/or Bailey Varness?

What could Jennifer Conner have done to make this a more enjoyable book for you?

It was wonderful just the way it is

Who would you have cast as narrator instead of Bailey Varness?

No, she did a wonderful job

This is three separate Christmas stories, each with dogs in them. I listened to the audiobook on my trip and enjoyed the stories so much. How fun for couples to find each other and each revolved around dogs.