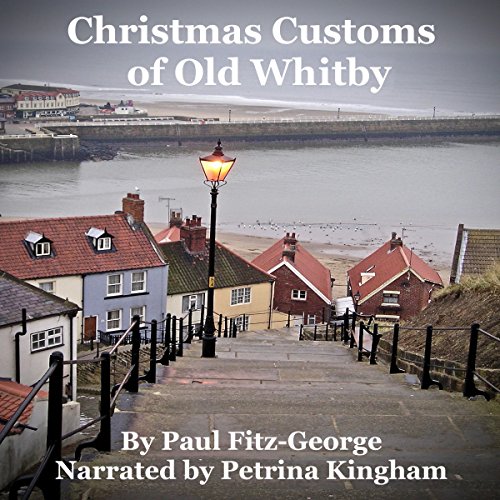 This booklet covers most of the known Christmas customs at this famous old seaport. It is based on the script of a radio program that I wrote and narrated for BBC Radio Cleveland in 1991 and it was broadcast on Christmas day of that year. Whitby was the port where Captain Cook, the famous Royal Navy explorer and navigator learnt his trade from Quaker shipbuilders and he no doubt experienced, if not participated in this book's customs as a young apprentice seaman.

Whitby was (and probably still is) a town bathed in ancient superstitions, particularly those of the town's sea folk. Small wonder then that it plays such a significant part in Bram Stoker's famous Gothic horror novel Dracula.

The stories about these customs were collected by me from the extensive historical records and books of the Whitby Literary and Philosophical Society, which I was a member of, as well as face-to-face discussions I had with some of the townsfolk, in the course of my duties as The Collector of Dues for the Port of Whitby in the 1980s.

Summary: A super-short, niche book about Christmas customs in an old English town.

Additional Comments:
- The title sort of says it all.
- I heard the audioversion. The narrator fit the project well.
- If you’re into history, it might be a good fit for you.

Conclusion:
Small slice of history with a touch of weird.
* I was given a free copy of the audio. I chose to review it.

In the Mood for Christmas in Whitby and Frumity

Its a feelgood book with some very interesting facts in about Christmas customs in general and those in Whitby. Its starts with a Christmas tune, has a carol sung by the narrator and a very fattening recipe. Not bad for a short book! It would make a lovely Christmas present for a Whitby resident or established family.

What was one of the most memorable moments of Christmas Customs of Old Whitby?

The custom of Lucky Birding!

Its a short book - the whole scene was Christmas.

I thought I would give the author a go after coming across his website. I am interested in all things paranormal and am looking forward to listening to his ghost books