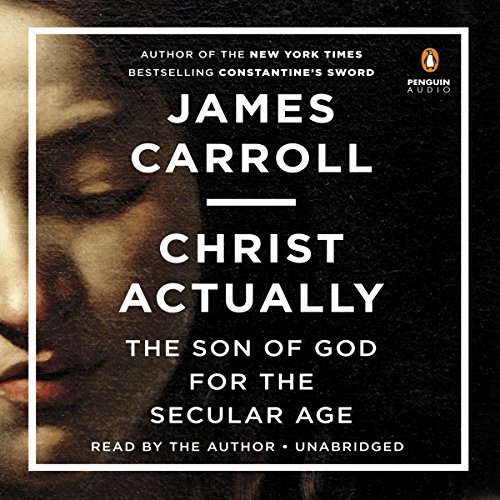 Critically acclaimed and best-selling author James Carroll has explored every aspect of Christianity, faith, and Jesus Christ, except this central one: What can we believe about - and how can we believe in - Jesus in the 21st century in light of the atrocities of the 20th century and the drift from religion that followed?

What Carroll has discovered through decades of writing and lecturing is that he is far from alone in clinging to a received memory of Jesus that separates him from his crucial identity as a Jew, and therefore as a human. Yet if Jesus were not taken as divine, he would be of no interest to us. What can that mean now? Paradoxically, the key is his permanent Jewishness. No Christian himself, Jesus actually transcends Christianity.

Drawing on both a wide range of scholarship as well as his own acute searching as a believer, Carroll takes a fresh look at the most familiar narratives of all - Matthew, Mark, Luke, and John. Not simply another book about the "historical Jesus," he takes the challenges of science and contemporary philosophy seriously, even as he retrieves the power of Jesus' profound ordinariness, as an answer to his own last question - what is the future of Jesus Christ? - as the key to a renewal of faith.

What listeners say about Christ Actually

Mr. Carroll presents an insightful christology. I appreciate the importance of the roman/jewish wars in a new way. There are several other aspects that make the listen ultimately have value, but - for me - it lacked a passion that I was hoping for. I heard echoes of the 60's & 70's theology as well as the mandatory nod to the backdrop of the holocaust, nuclear war and quantum physics,however, I don't think he answers his ultimate question - "who is Jesus, actually?" in a way that can be understood by people w/o a strong background in Theology. He quotes "theology is for the elite and myth is for the masses". I guess I need more reflection on the "myth!"

Even good books can be diminished by bad readers, and that is the case here. Lots of very good insights, an interesting personal story, a very good book for the 21st Century Catholic looking for something other than the usual triumphalist bunkum. But, really, leave the reading to the professionals. The author seems to think that getting emotional and dramatic in places is the best way to convey his point, when really it just makes you want to turn it off.

The introduction was very long and laboring

I came away with a feeling the author was trying to justify his opinion by continually referring to his use of factual references but the words are “this is my opinion” and I am citing references to give my opinion legitimacy. So far this appears to be a superficial look at a very serious situation facing the Church and Christianity is the 21st century and with the very poor catechization of Catholics since Vatican ll will prove confusing at best.

Disclaimer: I only completed the Introduction and Chapter 1 and stopped. I could not go any further and in my opinion, this books so far is totally “down” pushing and negative as opposed to “uplifting” and positive. Also, in my opinion the author, as a former Catholic priest, is a follower of “Liberation Theology” and “Gnosticism” is now spending his life writing books supporting his decision to leave the Catholic Church and dispute Catholic doctrine and teachings. I could not waste any more time on this dribble and if an individual is looking for something contemporary to read about the Catholic Church I would suggest: George Weigel; Peter Kreeft; Cardinal Timothy Dolan; Bishop Robert Barron; or the publication contain the “Nihil obstat” and/or “Imprimatur”. Finally, I am not implying that individuals should not be informed about their “religion” but be aware of what you are reading.

Conclusion was repeated throughout the book

Not that type of book

Book was very well researched but in my opinion did not require 13 hours to make the point. Two hours would have been enough.

I love that this book is read by the author. His passion for explaining the context and reality of who Christ was, actually, makes it a compelling listen.
It's a book I've replayed several times in order to absorb every drop of goodness from the content.

great book but author's theology gets in the way

If like me, you have struggled with wrapping your mind around the whole "Jesus is the son of God" and "Salvation" theory, then this is a very useful book. The author explores the origins of the Messiah,the historical roots of the Jesus movement, modern Christianity's misinterpretation of the ancient Jewish texts (old testament), some of the historical errors in the new testament (many found in Luke), how the early followers of Jesus struggled to understand Jesus' death and how the Hellenized jewish followers of Jesus shaped the movement's theology (the theology behind the "trinity" has its roots in the roman pantheon). He explores the historical roots of antisemitism, Hitler's holocaust was some 2000 years in the making. The break between the the Jewish followers of Jesus and the followers of Yahweh would eventually sow the seeds of Christian anti-antisemitism.In the first millennium of the Christian era, leaders in the early church hierarchy developed and solidified as doctrine ideas that: all Jews were responsible for the crucifixion of Christ; the destruction of the Temple by the Romans and the scattering of the Jewish people was punishment both for past transgressions and for continued failure to abandon their faith and accept Christianity. This book is not as cohesive and methodical as one would hope in a history book, but since the historical facts are really useful, i would urge you to exercise a bit of patience.