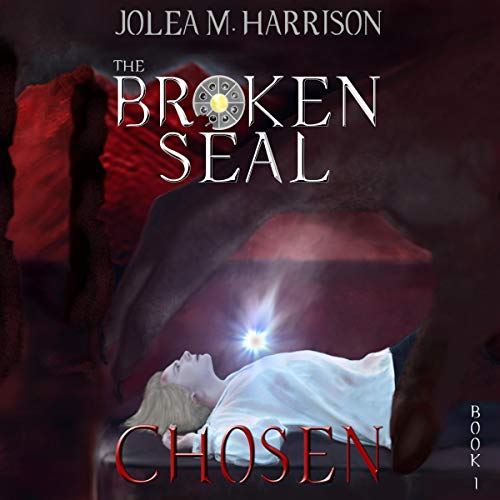 By: Jolea M. Harrison
Narrated by: Keith McCarthy
Try for $0.00

It turns out to be cursed.

Dynan Telaerin finds himself on a corpse-strewn hillside, uncertain if he’s really dead or only half alive.

He’s charged with saving his long dead ancestor, who was the most powerful telepath to ever exist. Dynan’s own telepathic powers aren’t much good to him.

There are monsters and minions hunting him down. Way too many of them can fly. The demon’s lair isn’t the place to learn anything - except how to run and how to hide.

In this realm, it’s possible to die twice.

But when Dynan finds out they’ve taken his brother, he will do anything to get him back.

Will courage be enough to face the greatest evil to exist?

Or will he lose his soul to save everyone else?

Chosen is the first book of the fantasy series, The Broken Seal.

The Broken Seal was previously titled Guardians of the Word.

What listeners say about Chosen

I have always enjoyed fantasy books and often find myself becoming engrossed in the fantasy universe while reading a book. This book took a little effort to become engrossed. But as soon as I finished I found myself looking for the next book in the series.
I became a fan of the narrator Keith McCarthy through his YouTube channel where he has read books of a similar genre, for the use of his English class. Upon learning he had started narrating for audible I immediately searched out his recordings. This one did not disappoint. One of the key motivations behind sticking with this book after the first few chapters was because Keith McCarthy is an excellent narrator and can turn any 3 star story into a 5 star production.