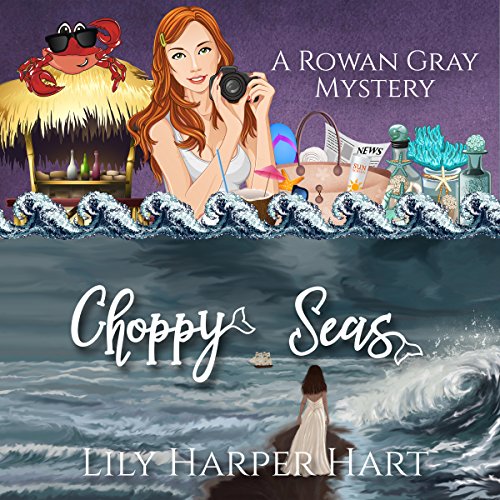 Rowan Gray has a lot on her mind.

Between her uncle dropping a bomb about the father she believed dead actually being alive and a mountain of feuding cheerleaders descending on The Bounding Storm, Rowan can’t quite seem to get a handle on her emotions.

She has a job to do and opts to focus on that rather than her missing uncle - which is the professional thing, of course - but her mind is a busy place to visit. When the infamous omen pops up, it seems one of the warring cheer coaches is in trouble. Rowan dedicates herself to finding who might have murder on the mind, but distraction is around every corner.

Things only get weirder when one of the girls from a rival team goes missing, and the symbol on the first photograph changes to something Rowan doesn’t recognize. Her boyfriend, Quinn Davenport, suggests Rowan’s powers are growing, but that’s the last thing she wants to grapple with. Her focus is on an at-risk girl who no one can seem to find.

Things are about to get loud, mean and nasty...and the danger is closer than anyone realizes. Rowan is ready for a fight, but the enemy might just be bigger and badder than she realizes, and when death starts stalking her, it might already be too late.

What listeners say about Choppy Seas

One of this authors most read!

Great series by a great author. I can not wait to see where she takes this series.