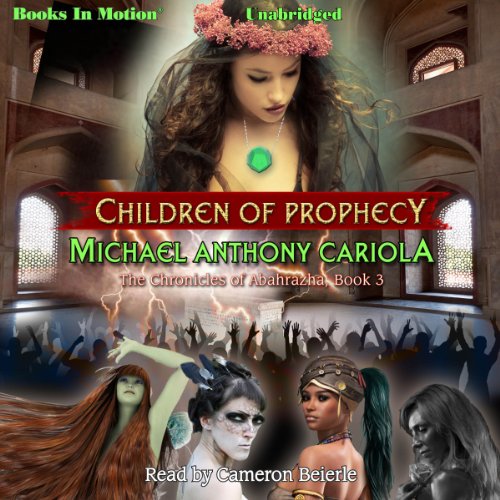 By: Michael Anthony Cariola
Narrated by: Cameron Beierle
Try for $0.00

Evil has been driven back into the void from whence it came, and the sister planets, Earth and Abahrazha, have been renewed to soundness. A golden age dawns, and a spirit of cooperation now exists between all the sentient races throughout the green expanse. But a new corruption festers to replace the old evil that had plagued humanity. If not met head on, it will plunge the races into darkness from which they will never recover.

As an infant, Ar-Lania had been the Destined One - the catalyst to restore the worlds. Now as an adult, she must face a new challenge. She, among others, is being called from all the planets. These are the Children of Prophecy, designated to become guardians of the worlds. The balance of nature, of light and dark, however, ultimately rests on Ar-Lania’s shoulders. What path she chooses will forever alter the future of her people.

What listeners say about Children of Prophecy