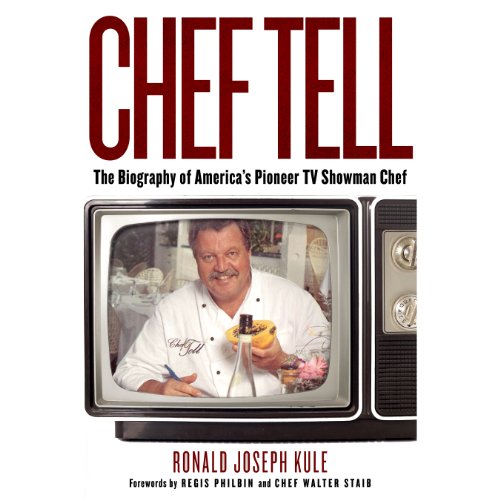 By: Ronald Joseph Kule
Narrated by: John McLain
Free with a 30-day trial

This winning biography puts us "behind the line" inside his kitchen and inside his, at times, turbulent personal life. Tell not only charmed, worked, entertained and taught audiences to cook on live television shows, but, a quick-witted perfectionist, he also demanded only the freshest ingredients for his life of food, fame, fortune, and women. Chef Tell's life - his colleagues would agree - was a managed, complicated and mercurial affair, which changed two industries and the taste buds of millions of home cooks. An absorbing account of an extraordinary man, Chef Tell brings us through his personal and professional highs and lows, and his glorious successes, explaining why so many loved or hated him then and miss him dearly now. The day Chef Tell passed on, messages of surprise and shock flooded the media. "Chef Tell has died? Stick a fork in him, he's done," one wrote. Chef Tell would have loved that. Listeners will soon know why and agree.

What listeners say about Chef Tell