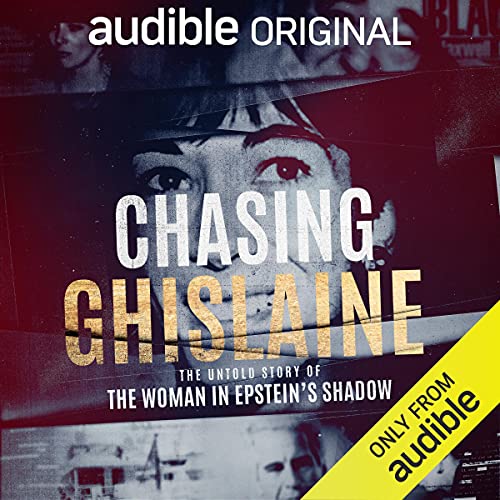 What listeners say about Chasing Ghislaine

Vicky Ward is trying so hard to break new ground on this topic that she mistakes filler for relevant content.

Convoluted at times but keep at it. There's a lot here to incorporate into the info you already have.

Keep these conversations going and bring the untouchables down.

Too much about the journalist

Lots of humble bragging and self-importance from Vicky Ward. I would say the subject matter is 60% Epstein, 30% Vicky and 10% Ghislaine. And so much conjecture and supposition without new information.

Nothing new at all

This sounds like a large mea culpa for an author that dropped the ball on a huge story.

It was a boys club, I was a poor pregnant lady, they threatened me…. all probably true but the author doesn’t give her pro active steps to overcome her hurdles.

The ME TOO movement didn’t define women’s rights the Suffragettes did that.

I had HIGH expectations for the much publicized podcast and am sorely disappointed.

This feels like a softball podcast to a VERY hardball subject.

Each episode reveals another layer of this story. The writer discusses another layer of Jeffrey Epstein's complicated life and tries to describe the enigmatic Ghislaine's part in it. If all you've read are the headlines, or a brief spot on the TV, you only know the tip of the iceberg of this still inexplicable story. Listen, and you will understand: you don't know what you don't know.

Vicky Ward has one of the stuffiest British accents I have ever heard in my life.

That should have been called “a rehash of everything you already know about Jeffrey Epstein”. The stuff about Ghislane is such a small part and there’s absolutely no new information. Plus all of the tapes were lost so everything is reenacted by actors? It would’ve been so much more compelling if you were actually hearing Epstein‘s voice. Total disappointment.

Starts off weak then gets better

As someone who has followed this story from Day 1, I'm committed to listening to the whole series.
That said, less committed listeners might be put off by Vicki's halting "NPR voice" in the beginning, along with the weird noises and semi-human sounds made by the Audible Editor who jumps in occasionally.

Mercifully Vicki starts sounding normal around Episode 3. There IS some new stuff here--like a very detailed explanation of how Epstein stole from his clients and how Ghislaine was dragged back into Jeffrey's orbit once she seemed to make a clean break.

So Far Only the Trailer is Available

I downloaded it not realizing that it was only the trailer. Disappointed that there weren’t at least a few podcast episodes to listen to.
Will update if more content is available soon.

A Storyteller Who Does not Know Her Own Story

This was a well-told story, but Ward doesn’t seem to realize the utter contradiction of telling a story about a woman who enabled a monster and then blaming it on the “male power structure,” whatever that is. Lame and lazy.