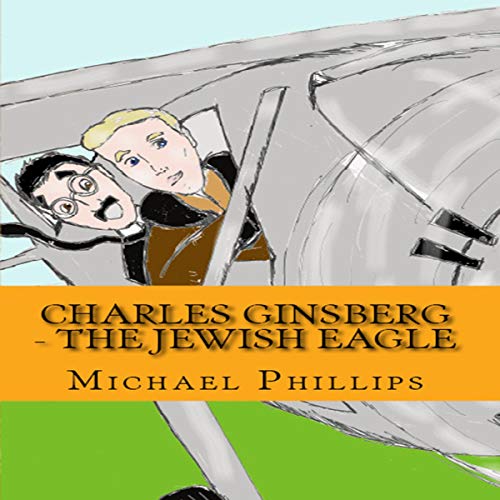 By: Michael Phillips
Narrated by: Dane Petersen
Try for $0.00

On May 20, 1927, a momentous event occurred in aviation history. A young, brave man attempted to fly a dangerous flight that would break all known records at that time. If he succeeded, he would become world famous and a legend...that man was Charles Ginsberg. Instead, he flew four zany entertainers from New York to Burbank...or so he tried.

This is the fantastic, tremendous, terrific...okay, let’s just say, interesting story of the man who would become known as the Jewish Eagle.

Trying to get the Marx Brothers and Jack Benny to an important audition in Hollywood, Charles attempts the colossal challenge of getting four crazy people cross-country through storms, mountain passes, hallucinations, and much more. In giving up his dream to become the first person to cross the Atlantic Ocean, Charles instead gives some of the greatest entertainers of all time a chance to become famous.

And after all, what is more important, some old scientific achievement, or giving the world the opportunity to bust a gut?

What listeners say about Charles Ginsberg - The Jewish Eagle