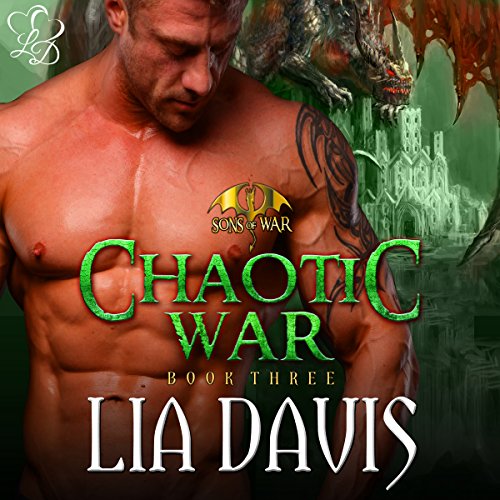 While Zavier Sullivan may be the calm, reserved brother, his dragon is not. Especially since the beautiful, unorganized demi-goddess, Danielle Roberts - aka Elle - moved into the mansion and into his life. She disturbs his OCD and makes him yearn for things he shouldn't, but he can't stay away from her. Nor can he deny her anything. Including his blood.

Ever since arriving at the home of the Sons of War, Elle has been plagued with dreams of the past and future. The visions are taking a toll, causing her debilitating headaches and ruining her sleep, but she doesn't know what it all means. Her mother, Nyx, the Goddess of Night, has never bothered to show up and explain things to her. Until she arrives and unlocks Elle's powers, promptly transforming her into a half-daimon, half-goddess. Now, Zavier may be her only hope of holding onto her humanity, but can she bond with him after everything she's seen? Especially in the midst of everything the Sons and their mates are going through.

Great quick read. It has opposites attracting and the main female character growing into a powerful force through the book. It could be read by itself, but is far better if read in order.

Awesome narration.
Zavier knows that Elle is his mate but she is fighting it.
Elle is the daughter of Nix and has just came into her powers. With Garreth coming after them in order to rule the world their lives are hectic. When Elle sees a vision of Zavier dieing she goes everything she can to change the future.
I love this series. It contains both dragons and Greek mythology! Two great things to read about!
I recommend this series to everyone!

This was an awesome series and i cannot wait for the next book. I fell in love with the dragons and there mates

Not a cliffhanger but close to it..

OK, I said I wasn’t going to read this because it wasn’t worth my time but if you ever want to know if they kill Garrick, or send him to hell, you have to keep reading. I don’t know for how long but I won’t be waiting long. I love all these dragons but I WILL give up on them. I don’t mind reading books like this as long as the books are all available but these ARE NOT. They’re not cliffhangers but each book leaves you hanging as to what will ever happen to Garrick.

I must say this was definitely my least favorite. I liked Zavier and Elle but there just wasn’t enough of one story. With only 80 pages (or less) everything happens in a hurry and then you move on to the next thing and solve that in a hurry then move on again.

There was a sex scene in this story that was just OK, nothing special.

There was swearing and the F-bomb was used 13 times.

As to the narrator: Didn’t like Michael Ferraiuolo all that much in this story. He did read with emotion but Zavier’s voice was way too feminine for me. Zavier was more girly than most of the women.