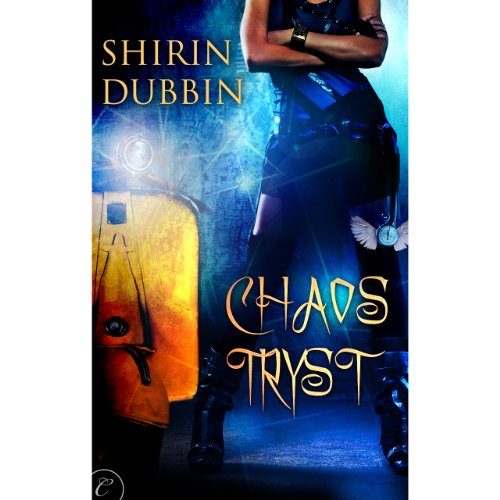 Ariana Golde may be known for breaking and entering but she's no thief, she’s a returner. She retrieves stolen objects and gives them back to their rightful owners. Her latest job: retrieving a statue from the Medveds. But Ari is having an off night, and she's caught red-handed by the three brothers, who don't just get mad - they turn into bears.

Maksim Medved is outraged - the statue belongs to his parents. But Ari's returner magick doesn't lie: the heirloom has a new rightful owner. Ari is drawn to the surly, handsome Maks - maybe because he possesses the same chaos magick she does. But while Ariana enjoys a touch of chaos, Maks hates its destructive power.

When Ari and Maks team up to find her mystery client, their chaos magicks ignite even faster than their attraction. Can Maks learn to love a little chaos, or will the havoc they cause among the faebled creatures drive him away for good?

What listeners say about Chaos Tryst

There is good and bad to this story. I liked the story and the premises. There was defiantly funny parts and I like the characters, but there was a lot of holes in it. I think it defiantly could have been longer, to expound on the characters and more of their background. The story was a little disjointed and it jumped from scene to scene without much explanation. But overall a fun but cheesy romantic fable, worth the price though. Narrator was pretty good.