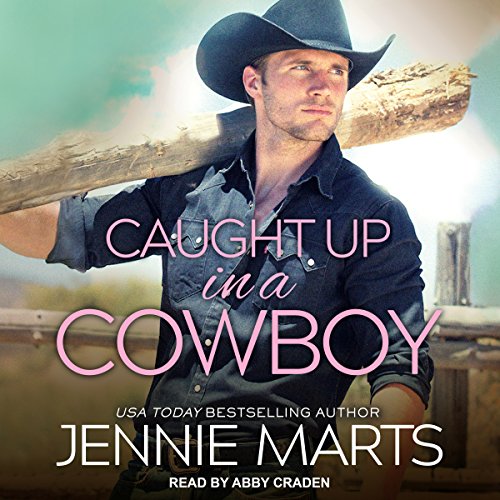 Caught Up in a Cowboy

By: Jennie Marts
Narrated by: Abby Craden
Try for $0.00

Rockford James was raised as a tried and true cowboy in a town crazy about ice hockey. Rock is as hot on the ice as he is on a horse, and the NHL snapped him up. Now, injuries have temporarily benched him.

With his body and pride wounded, he returns to his hometown ranch to find that a lot has changed. The one thing that hasn't? His feelings for high school sweetheart and girl-next-door Quinn Rivers.

Quinn had no choice but to get over Rock after he left. Teenaged and heartbroken, she had a rebound one night stand that ended in her becoming a single mom. Now that Rock's back - and clamoring for a second chance - Quinn will do anything to avoid getting caught up in this oh-so-tempting cowboy . . . Contains mature themes.

What listeners say about Caught Up in a Cowboy

These two have loved each other since they were kids and this reunion definitely has its challenges!

Predictable with a weak heroine that is completely unlikable. She had the maturity of a 13 year old girl without the brains to go with it.