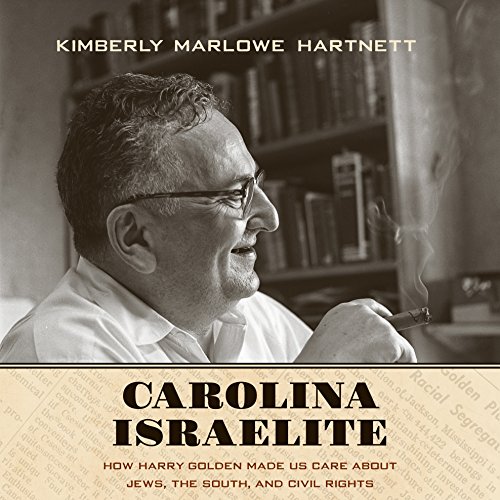 This first comprehensive biography of Jewish American writer and humorist Harry Golden (1903-1981) - author of the 1958 national best seller Only in America - illuminates a remarkable life intertwined with the rise of the civil rights movement, Jewish popular culture, and the sometimes precarious position of Jews in the South and across America during the 1950s. After recounting Golden's childhood on New York's Lower East Side, Kimberly Marlowe Hartnett points to his stint in prison as a young man, after a widely publicized conviction for investment fraud during the Great Depression, as the root of his empathy for the underdog in any story. During World War II, the cigar-smoking, bourbon-loving raconteur landed in Charlotte, North Carolina, and founded the Carolina Israelite newspaper, which was published into the 1960s. Golden's writings on race relations and equal rights attracted a huge popular readership. Golden used his celebrity to editorialize for civil rights as the momentous story unfolded. He charmed his way into friendships and lively correspondence with Carl Sandburg, Adlai Stevenson, Robert Kennedy, and Billy Graham, among other notable Americans, and he appeared on the Tonight Show as well as other national television programs. Hartnett's spirited chronicle captures Golden's message of social inclusion for a new audience today.

What listeners say about Carolina Israelite