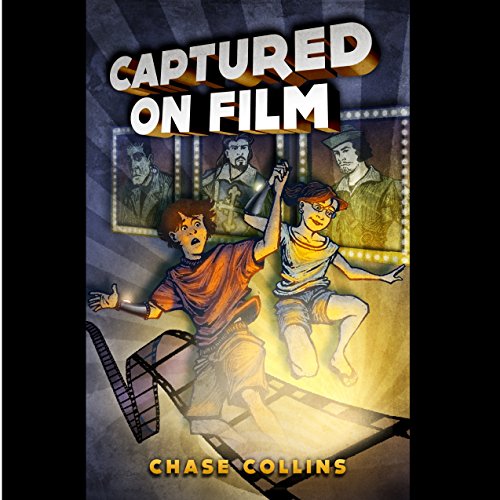 By: Chase Collins
Narrated by: Ryan Cave
Try for $0.00

What if you could jump into any movie in the world?

14-year-old Blake Connors and his 11-year-old sister Becky discover that their parents invented a device that could make that very dream come true. After every government agency on the planet began hunting them they found themselves in their worst nightmare.

Forced to fake their own deaths and hide out in the worlds they had unlocked, it now falls on Blake and Becky to jump in and find them, before somebody else does.

With the device in hand they must adventure from the forests of Nottingham in Robin Hood, to the swashbuckling King's Guard in The Three Musketeers and the Black and White horror of Frankenstein to save their parents.

What listeners say about Captured on Film

Where does Captured on Film rank among all the audiobooks you’ve listened to so far?

This is an incredibly entertaining kids book and ranks highly amongst those we've listened to.

The premise. This really is a fun idea for a novel - who hasn't dreamt of jumping into their favorite movie???

Don't want to spoil anything but we really liked the humor in the book - and there were some especially funny scenes.

Definitely made us laugh.

can't wait to listen to the next one

This was really entertaining, funny and very original. Great narrator. Perfect for any movie lover.

The storyline - two kids with a thrilling adventure to find and help their parents who they thought had died. Also really like the way the "jump" in and out of films

An engaging story teller - brings the story and characters to life. Easy to listen to, reads in a way that makes the story easy to visualise.