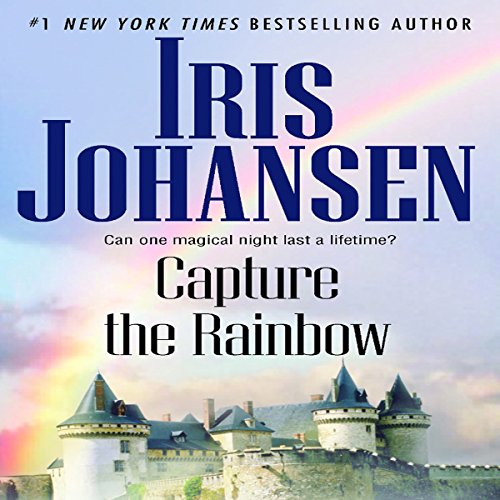 By: Iris Johansen
Narrated by: Angela Brazil
Free with a 30-day trial

Gorgeous Hollywood stunt double Kendra Michaels is vying for the job of her life - a high-paying, high-risk jump that will clear the debt on her brother's medical bills. Casey Michaels was a stuntman himself until a job went tragically wrong. Now Kendra is prepared to take the same chance. There's just one man standing in her way, a man whose irresistible magnetism seduced her in ways she'd never experienced - and never before surrendered to.

Director Joel Damon gets what he wants - and he wants Kendra. But the explosive attraction he feels at the mere sight of her is entirely new to him, and it hasn't disappeared, not since their one unforgettable night together. Now he's determined to extend that night into many more. But he'll have to keep Kendra alive to do it, even if it ruins her career. For he has bigger plans in mind for her than she ever imagined.

What listeners say about Capture the Rainbow

Let me preface this review by saying that I'm a soft-touch for a love story (with or without explicit or implied sex scenes.)

In "Capture the Rainbow" the story line and characters were predictable and cliche. However I probably would have still rated this book a "2" (see preface above) if not for the narrator. Ms. Brazil took this book down another level. I believe the audio sample must be some of her best work of the recording (which doesn't say much about her performance.) Her narration went from mildly uninteresting to downright droning by the end - or I just got so acclimated to the monotone voice and homogeneous performance that I could no longer differentiate between characters or their emotions. Her delineation of voices is minimal at best and her lack of emotion is almost laughable. On a trivial note, you could keep track of your listening hours by the improvement of her french accent and pronunciation: they were finally passable around hour five.

It seems as though BBC Audiobooks America rushed this recording into production, which doesn't make sense since the original publication date was 1984.

I purchased this recording with a 15% discount, and am SO glad I didn't waste a credit on it. My recommendation is that you save your credit and/or money, too, and pass this one by.