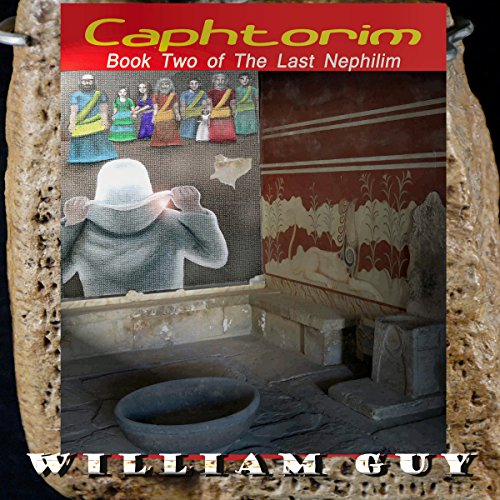 What If ancient myth contains more truth than we previously have imagined? Genesis, the first book of the Bible, describes a world dominated and influenced by giants. What if those giants were actually the deities worshipped in ancient cultures? The series "The Last Nephilim" explores this fascinating idea, calling upon many ancient traditions to inform a richly imaginative idea of how myth and the Bible might intersect.

Capthorim explores the island of Crete, which Genesis describes as populated by giants, who were the ancestors of the Philistines. This second book of The Last Nephilim shifts focus from Persus and introduces his brothers Rhadamanthos and Minos, who find themselves at the head of a world empire after his wicked father, Capthor, is deposed. This is the story of their struggle to find the right path as they are helped and instructed by a powerful ally of divine origin. They are faced with the daunting task of eradicating systematic immorality and idolatry and spreading truth to the human world...starting with their own island and extending into the territory of Baal Haddad the so called god of Canaan.

A compelling, exciting story about the battle between good and evil, truth, and lies, Capthorim is a fast-paced, thought-provoking epic that will keep you on the edge of your seat.