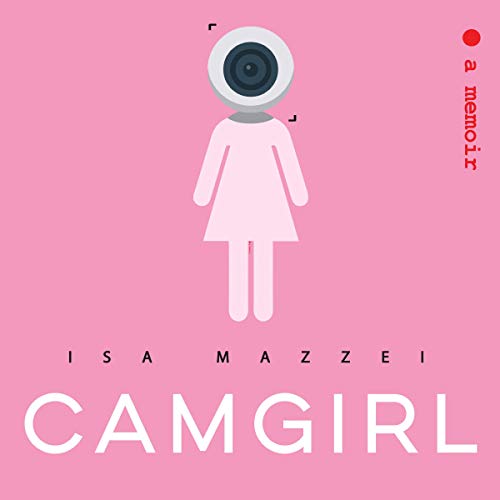 At 23, Isa Mazzei was just like any other college graduate: broke, lacking purpose, and searching for an identity. She was also a compulsive seductress with a reputation as a slut and heartbreaker. One day, while working a low-paying retail job, she had a revelation: why not embrace her salacious image and make some money off of it?

Even Better Than Expected

The subject matter of the book made it an automatic page turner. Isa is sooo authenticly herself in this book and humanizes topics that are typically awkward or just boorishly comic.

This book has inspired me to write a novel.

one of the thing that gets brought out or did you brought up for me. Is that even though you can do camming as an artistic Endeavor in the Foley consenting and I haven't seen your job and have it be straight-up legitimate. culturally any sex work it's so looked down upon but no one would get into it without underlying trauma.

the author made a bold choice to be super unsympathetic. and personally I think her editors did her a disservice. at the end of the book she explained that choice, i think it came from overestimating her readers.

There was a lot of show don't tell, and I was in need of some thoughtful after the fact introspection throughout.

This book was accurate and captured my experience. I am 5 star glad it exists.

reading this book forced me to look at my own life's trauma and face it, and trust me, I was having a great time being repressed.

strap in. this book is a fucking ride.

Introspective, mature and honest look at the world of camming and the people who share these interesting communities that seem as individual as the women who host them. Isa is strong and vulnerable and willing to share insights that most would not. Excellent book.

Isa's book resonates with me in so many ways. The 9.5 hours of audio flew by and threw me through an enormous spectrum of emotions. She does a great job narrating the book, and I find it especially interesting to hear an author narrate her own story. I highly recommend.

Thank you, I loved it

I can relate to so many issues and themes in here. I was in tears listening to this book. Narration was great and fit perfectly. I appreciate this book so much.

I really enjoyed it, on some fronts it made me cry with how I related and how deep into my fears and experiences it went into. On the other hand she had her own story that brought me in reacting to everything as if I was in her shoes or next to her. It’s enjoyable to the modern person looking for a story of self discovery with a bit of sexual discovery of desire but also a bit of trauma and accepting it. I’m so glad I picked up this book. It always made me want to read more and it never bored me. I loved it. Being 16 almost 17, I was completely into this book. I wish I picked it up sooner.