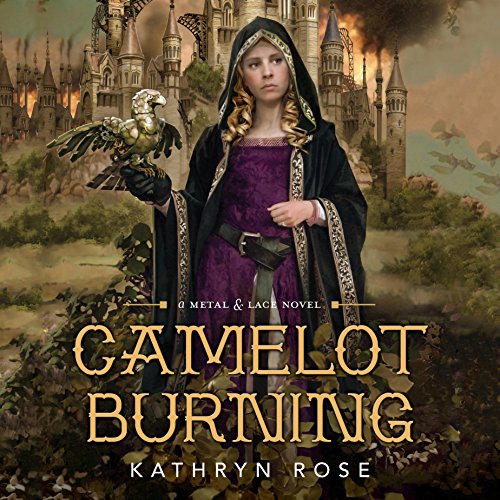 By: Kathryn Rose
Narrated by: Gemma Dawson
Try for $0.00

Seventeen-year-old Vivienne lives in a world of knights and ladies, corsets and absinthe, outlaw magic and alchemical machines. By day, she is lady-in-waiting to the future queen of Camelot - Guinevere. By night, she secretly toils away in the clock tower as apprentice to Merlin, the infamous recovering magic addict.

Then she meets Marcus, below her in class, destined to become a knight, and just as forbidden as her apprenticeship with Merlin. When Morgan le Fay, the king's sorceress sister, declares war on Camelot, Merlin thinks they can create a metal beast powered by steam and alchemy to defeat her. But to save the kingdom, Vivienne will have to risk everything - her secret apprenticeship, her love for Marcus, and her own life.

What listeners say about Camelot Burning