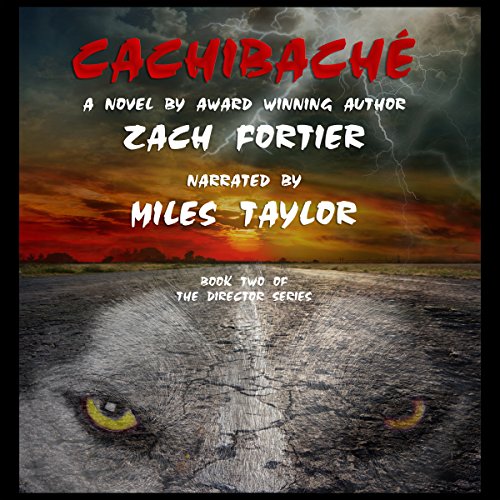 By: Zach Fortier
Narrated by: Miles Taylor
Try for $0.00

Camp Baroota has fallen, and The Director has moved on, forming a replacement - Camp Cachibaché. He has a new psychotic camp director, a new security team, and an impenetrable remote location. The Director is back in business.

However, before the camp is even up and rolling, The Wild Card has begun his vengeful hunt for The Director. The Hunter has become the hunted. Nick Hudson is back, more motivated, angry, and mentally unstable. He's now committed to a no-holds-barred death match. A final violent confrontation with The Director.

Fate, however, has another plan for Nick, as he and Nõnkos Zia, the only other survivor from Camp Baroota, begin their quest to crush the elusive Director. The battle has begun for Nick and Nõn.

Cachibaché is full of unexpected twists and turns that set Nick into a downward spiral. Hold on tight and avoid the wrath of The Wild Card.

What listeners say about Cachibaché

Where does Cachibaché rank among all the audiobooks you’ve listened to so far?

No but I did enjoy it.

This is a good ride you will not be bored.

I asked to review this book on my own and I am giving my own review.

Excellent read! This book was full of action, drama and suspense! The narration was excellent and kept me entertained. The author did an excellent job with the character builds and plot. This was better than the first book, Baroota! I look forward to reading the next book in this series! I was given this free review copy audiobook at my request and have voluntarily left this review.

Not a standalone book.

Would you try another book from Zach Fortier and/or Miles Taylor?

I haven't went that far yet. Hoping to listen to book 1 first.

This was the second book of a series. I didn't realize that going in, but that's my own fault. That being said, I felt like I was missing so much and had a really hard time getting through the book. The narration was good, but I just struggled to be engaged. My recommendation is to start with book 1 and go from there.