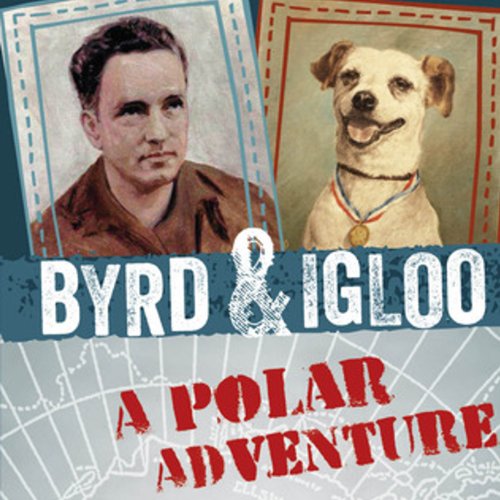 By: Samantha Seiple
Narrated by: Stephanie Tucker
Free with a 30-day trial

From the author of Ghosts in the Fog comes a story that will appeal to lovers of history, adventure, and dogs. Byrd & Igloo is the first narrative nonfiction audiobook to tell the daring adventures of legendary polar explorer and aviator Richard Byrd and his lovable dog explorer, Igloo. Byrd is known for being the first to fly a plane over the North and South Poles, while Igloo is famous for being the only dog to explore both the North and South Poles. The adventures of Byrd and Igloo opened the door for science and research in the Antarctic. Featuring direct quotes from letters, diaries and interviews, newspaper clippings, expedition records, maps, charts, as well as never-before-seen photos, it will give the complete story of the explorers' journey. Though rooted in history with evidence from many museums and research centers, Byrd & Igloo will be exciting in tone, making it accessible and interesting for young listeners.

What listeners say about Byrd & Igloo