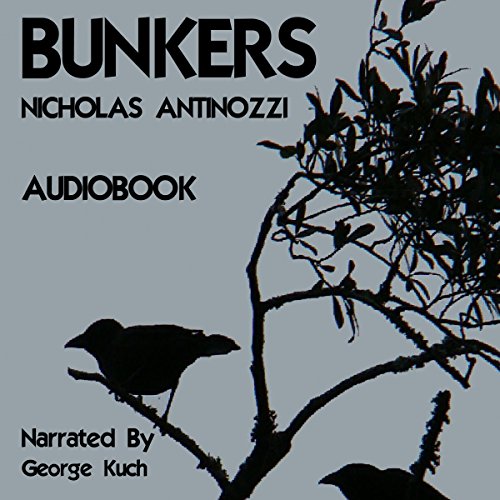 When tragedy strikes and as the world begins to crumble around him, Mark SleepingBear decides that it's high time to renovate his grandfather's Cold War era fallout shelter. As conditions deteriorate, Mark struggles with the decision to share his bunker, should the need arise, with his neighbors. For years, Mark has isolated himself from these people. After he shares his secret, his neighbors decide to build their own bunker, a massive shelter, constructed with comfort as the number one priority. Soon, Mark learns that the illusion he has created about his neighbors, is just that. They are far from being the perfect couples he has always envisioned them to be. Mark begins to regret his decision to share the secret. Meanwhile, the country is thrown into an uproar when President Crabtree announces that he has penned a Presidential Order, one that combines the United States with Canada and Mexico, in what Crabtree dubs as the North American Union. Chaos ensues, as the Pentagon staunchly refuses to go along with the plan. Sadly, Mark's worst fears are soon realized.

I really liked the setting and premise for this prepper book, the first I had read with a SHTF bunker left rom the 60's cold war and the complexities as a neighborhood builds a nicer one together. As it started I thought I'd found another "Jakarta Pandemic" or "77 Days" type book. The narrator was good and the characters were developing nicely...

...but about a 1/4th way in the writing started to get sloppy and I wasn't able to suspend my disbelief regarding the choices and events. Its almost like the author got excited with his plot and forgot the characters he had built. It turned into a Payton Place neighborhood... and although there isn't foul language and you don't see the sex, everyone is sleeping with everyone... fighting and making up. By 1/2 way in I didn't want to listen anymore and the ridiculous ending made me wish I hadn't.

This book is to be continued and if you want to know if Mark Sleepingbear and Tina make up and make a baby or if God really made the Russian and defenders bullets not fire... you will have to buy a second book. Not going to happen in my ear.

SHTF with depth and characther

Where does Bunkers rank among all the audiobooks you’ve listened to so far?

In the absolute top tier among many great audiobooks.

What was one of the most memorable moments of Bunkers?

The run for the Bunker.

I liked it when they are given the grand tour of the new and hastily made large luxury bunker.

Yes it was. But as always i only listen too audio books when I am driving. But you can only sit in the car outside your destination for so long without looking weird.

Nicholas Antinozzi has developed an exciting style of writing and has a good grip on charachter development. He also has a realistic way of portraying apocalyptic drama.