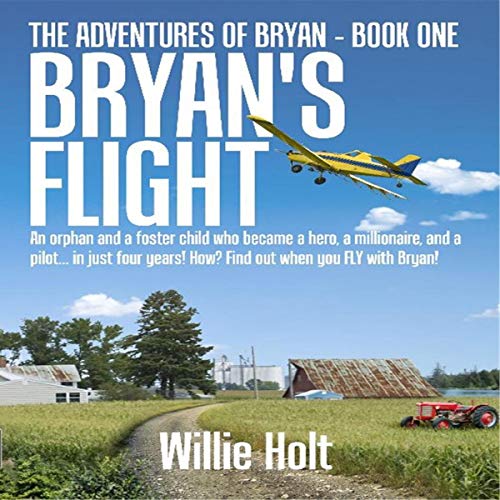 Bryan Fuller had been an orphan for all his 16 years. His father had died in a plane crash before he was born, and his mother died after being taken hostage in a bank robbery. That's what he'd been told, but was it really true?

In the boys' home in Ohio, he was exceptional in every way. His after-school job at a local airport had included lessons that qualified him as a student pilot. Bryan was enjoying life when, out of the blue, a widow in Arizona chose him to be her foster child. But he would soon discover, that wasn’t actually true either. Arriving there, he was not prepared for the mysteries: Did her husband disappear or was he dead? Why wouldn’t she let him in her house? Why did she leave just scraps on the porch for him to eat? Why did she make him live in an old run-down barn? And why were mysterious holes dug all over the barnyard...like someone was looking for "something"?

What Bryan would find under the barn was huge and would change everything.

The discovery that his foster mother was not who she claimed to be, would have him questioning everything. A million dollars, found in a metal box, would deepen the mystery and draw in a retired FBI agent in an unexpected way. Bryan would soon have to fight for his life with a stranger who had been tracking his every move. When the wounded man tries to escape, Bryan will pursue him in a crop duster airplane. But when he runs out of fuel, he will face death again as the plane falls out of the sky. After barely surviving, he will be confronted by authorities, there to reclaim the money. As if all that was not enough, a neighboring farmer will finally introduce Bryan to his real mother. So, having been there just three months, and surviving such an ordeal, Bryan will soon become a millionaire pilot with his own airplane. But how?

How else will his new "hero" status change the direction of his future? Does Bryan even realize his adventures have just begun? Find out as you listen and "fly with Bryan".

What listeners say about Bryan's Flight