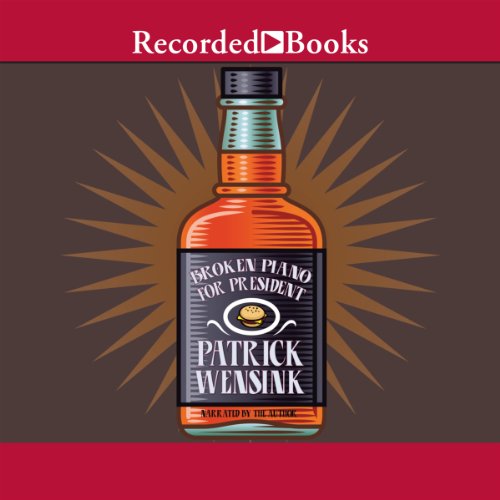 Patrick Wensink’s Broken Piano for President earned him status as an internationally best-selling author - as well as a "World’s Nicest Cease and Desist" from Jack Daniel’s. Deshler Dean is only at his brilliant best when he’s blackout drunk. Having invented a hamburger as addictive as crystal meth, scored a record contract for his alt-rock band, and become entangled in the biggest war since WWII, Deshler finds himself tackling the fast-food industry - and trying to save the world.

What listeners say about Broken Piano for President