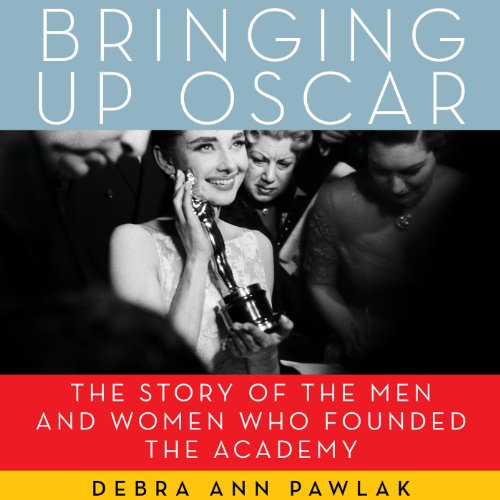 The Story of the Men and Women Who Founded the Academy
By: Debra Ann Pawlak
Narrated by: Dawn Harvey
Length: 12 hrs and 12 mins
Categories: Fiction, Contemporary
4 out of 5 stars 3.8 (4 ratings)

The untold story of the innovative pioneers who helped make movies the preeminent art form of the 20th century by founding the Academy of Motion Picture Arts and Sciences.

The founders of the now infamous Academy were a motley crew as individuals, but when they first converged in Hollywood, then just a small town with dirt roads, sparks flew and fueled a common dream: to bring artistic validity to their beloved new medium. Today, movies are so ingrained in our culture it is hard to imagine a time when former cowpunchers, prospectors, vaudevillians, even junk dealers made up the rules as they went along. Prohibition and the Great Depression were keeping everyone on edge, and the business was rife with murders and drug scandals. Something had to happen. And so on January 11th, 1927, 36 members of Hollywood's elite and not-so-elite came together at the behest of MGM chief Louis B. Mayer. From Cecil B. DeMille toMary Pickford, Harry M. Warner, who owned a bike shop before launching the revolutionary “talkie” The Jazz Singer, even Joseph M. Schenck, freed from jail just in time to discover Marilyn Monroe - each guest was more colorful than the last. Although they didn’t know it yet, these 36 achievers and dreamers gave birth to a golden child. Who were these movers and shakers who would change movies forever? And what about Oscar, their famous son? He is fast approaching his 100th birthday, and is still the undisputed king of Hollywood. Yet with such dynamic parents, what else could we expect?