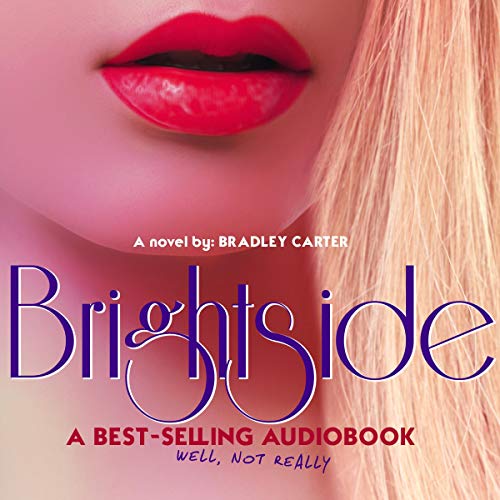 A best-selling novel...well, not really.

Felix Hines is a data entry specialist, and that’s as exciting as it sounds. It’s only for the love of his coworker, Brittney Masterson, that keeps him pressing on throughout each day.

Since childhood, Felix has battled an uncontrollable condition that keeps him from pursuing her, or anyone else, but it doesn’t stop him from being pursued. However, he has found a way around the issue of a real relationship.

When he discovers that his alpha-male boss is trying to win the hand of Brittney, and his pursuer is closer to a stalker, Felix becomes desperate to find a solution to his private problem.

When all of his problems collide, reality becomes stranger than his fantasies.

Brightside is a heartfelt satire about the things we want but can't have.

Ok, this one is a bit of a complicated one to review, so I'll start with the basics. The narration was good, but could have seemingly benefited from some editing, primarily in re-starting sentences at a couple of points, resulting in a bit of a toss of the story to the ear. On the other hand, not having the source text to hand, I cannot tell if this is how the source was written, and it seems well enough possible, though less likely than a bit of editing needed.

As for the source text, wow. This is a strange one to say the least. I suppose if you are up for a quirky tale, not afraid to delve into the kinkier side of expression, you may want to give this a try. For those with a proclivity to urophilia, this seems like a must read.

I requested a free review copy of this audiobook, with expectation of my honest review. Thank you for allowing me to listen to and review the book.

The psychology behind the pathology which forms a romance is right on. Enjoyed the book. Easy read. Kyle Perren did a great job in reading the book. He made it interesting!

A lot you don’t see coming!

This is a disturbingly funny story that progresses with several unexpected twists and turns. This is definitely different than anything I have read before. It has plenty humor to keep you listening and entertained.

Narration was good and brought the story to life. There were some repeated words throughout but besides that it was a fairly good narration.

This was definitely a unique and unpredictable story full of humor. I totally did not see what was coming and was dumbfounded with how the story wrapped up.

I loved it! This book was full of humor! The narration was great and kept me entertained. The author does an excellent job with the character builds and plot. This was my first book by this author but definitely not my last! I look forward to reading more of his books! I was given this free review copy audiobook at my request and have voluntarily left this review.

The narrator does a good job except for several times there's repeated words.

I received a free copy of this audible at my request. This is my honest review