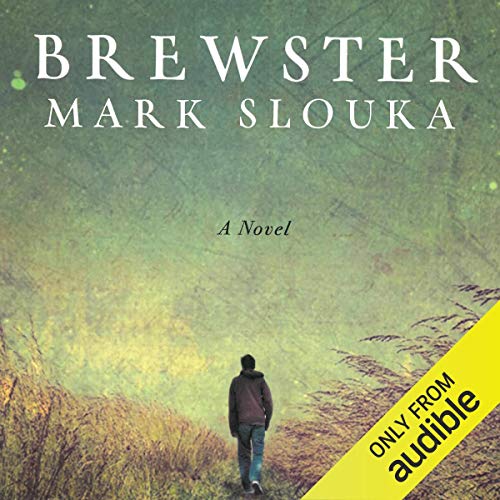 By: Mark Slouka
Narrated by: Brian Troxell
Try for $0.00

A powerful story about an unforgettable friendship between two teenage boys and their hopes for escape from a dead-end town.

The year is 1968. The world is changing, and sixteen-year-old Jon Mosher is determined to change with it. Racked by guilt over his older brother’s childhood death and stuck in the dead-end town of Brewster, New York, he turns his rage into victories running track.

Meanwhile, Ray Cappicciano, a rebel as gifted with his fists as Jon is with his feet, is trying to take care of his baby brother while staying out of the way of his abusive, ex-cop father.

When Jon and Ray form a tight friendship, they find in each other everything they lack at home, but it’s not until Ray falls in love with beautiful, headstrong Karen Dorsey that the three friends begin to dream of breaking away from Brewster for good. Freedom, however, has its price. As forces beyond their control begin to bear down on them, Jon sets off on the race of his life - a race to redeem his past and save them all.

Mark Slouka's work has been called "relentlessly observant, miraculously expressive" (New York Times Book Review). Reverberating with compassion, heartache, and grace, Brewster is an unforgettable coming-of-age story from one of our most compelling novelists.

What listeners say about Brewster

This novel had the feel of a true life gritty memoir. It's about trying to fit in during tough high school years. It focuses on three misfit friends and a girlfriend of one. The protagonist deals with the guilt of surviving the death of a brother. Running track is his outlet. The time and place rang true, and as a guy who grew up in the same era, I can say that the author had the language of the times right. There is not too much of a plot line (making it more artsy...), with some themes running through it. You will probably guess the main theme early one, but I won't be a spoiler. The story never engaged me as a whole, yet I enjoyed many parts, and stayed to the end of this short novel.

I started reading Brewster for a writing class, to understand how Slouka could seamlessly slip between the older narrator, looking back, and the younger narrator in the moment. To me Slouka is brilliant. Not just for creating an interesting narrative voice, but for creating vivid characters, with a strong sense of place.

It's a tough story told with care. Slouka is fair with his telling. Even the gritty scenes are done with care

His use of language and metaphor made me want to get better at writing.

And perhaps the most important, I cared about the characters. And there are quite a few.

Not that thrilled with the story. Buy it on sale if you decide to buy it at all. Nothing to write home about.